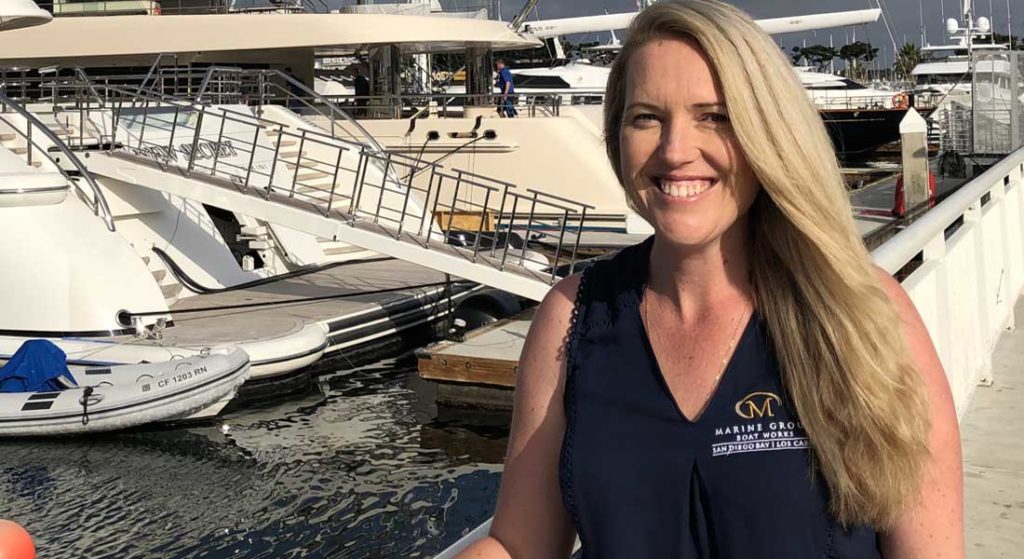 Downtown San Diego has a new dockmaster in town. But, she is a familiar face. Natalie Howard, who worked at nearby Marine Group Boat Works, is handling slip reservations and more at Fifth Avenue Landing.

Marine Group Boat Works and Fifth Avenue Landing are sister companies. This made the move logical for Howard. She spent five years at the refit shipyard. In addition, she helped launch The Good Stew, a crew-concierge program for the companies. The Good Stew addresses the daily needs of crew when they’re in town. For instance, rather than order crew uniforms to ship from an East Coast supplier, they can source local providers. The same is true for cleaning products and other necessities. “It has been exciting to watch the success of the program and see it develop dramatically based on the response of the growing market of superyachts cruising to the Pacific,” Howard says.

Howard’s personal experience as a crewmember led to The Good Stew’s creation, too. In fact, she was a chief stewardess, working in Europe and around the world. She landed her first job 11 years ago. All of this will come into play in her new role as Fifth Avenue Landing’s dockmaster as well.

Opened in 2009, Fifth Avenue Landing has 12 slips solely for superyachts. It’s walking distance from San Diego’s famous Gaslamp District, with shops and restaurants. Since opening, Fifth Avenue Landing has welcomed some of the most famous yachts in the world. These include Cloud Break, Game Changer, Ganesha, Pumula, and Sherpa. “I am really looking forward to building closer relationships and making new connections with yachts visiting San Diego,” Howard says. Simultaneously, she adds, she will help further grow the yachting industry along the West Coast.

“She has a way with owners and crew, and we couldn’t think of a more perfect fit,” comments Todd Roberts, president of Fifth Avenue Landing and Marine Group Boat Works.