You are here: Home / Charter & Cruising / BG Charade Returns to Below Deck This Fall, in Thailand

Rumors have been flying for months about season seven of the yachting reality TV show “Below Deck.” Social media posts by cast members like Capt. Lee Rosbach (above) and crewmember Kate Chastain hinted they’d be back this autumn, in Thailand. It’s now official. Not only is the show returning, but “Below Deck” is indeed in Thailand aboard BG Charade, a.k.a. Valor.

This is the third time the megayacht (below) is appearing on the program, which airs on Bravo. (Several megayachts have starred on “Below Deck” to date.) Her owner, Canadian businessman Bobby Genovese, reportedly liked the raised profile that resulted for the yacht the first time around. The 154-footer (47-meter) appeared in seasons four and five, in the Caribbean. She went by the screen name Valor, however, in her first season since “Below Deck” was still relatively new. She kept the name for season five, and has it again for the seventh season, for continuity. 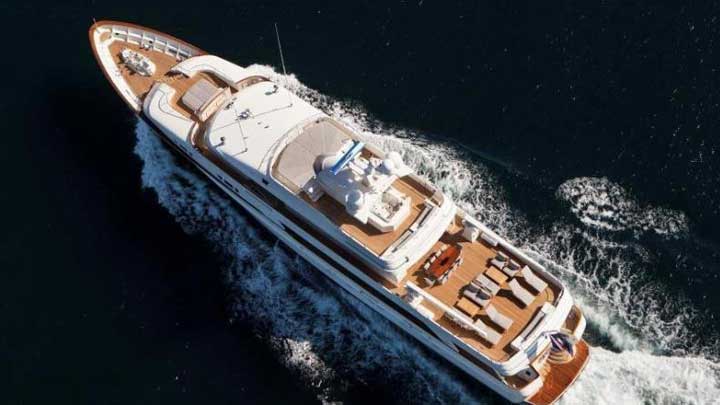 When not on TV, BG Charade typically charters in South Florida as well as the Bahamas. Filming reportedly began in February and wrapped in March. AIS data confirmed that BG Charade was in Thailand during that period. As mentioned above, Rosbach (nicknamed “the stud of the sea” by fans) and Chastain will appear during season seven. So, too, will deckhand Ashton Pienaar, for those of you who watch the program.

“Below Deck” has a strong following. In fact, season six was its best to date, with Bravo saying nearly 2.6 million viewers on average watched each episode. Furthermore, for viewers under age 50, it was the fifth most-popular reality show on cable TV. “Below Deck Mediterranean,” meanwhile, is nearly as popular. Bravo says an average of 2.4 million viewers tuned in each week in 2018. (The current season is still airing.)

“Below Deck” season seven premieres October 7. Expect another spinoff to air in the future, too. Bearing the working title “Below Deck Sailing,” season one reportedly features Parsifal III. Bravo has not yet announced the air date, cast, or other details, however.