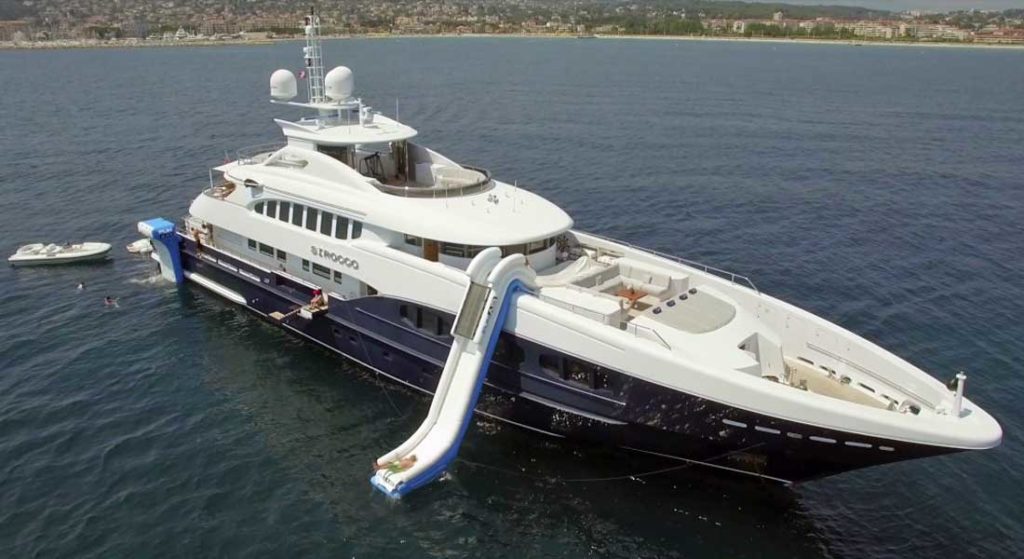 The charter yacht that appeared in season two of the reality show Below Deck Mediterranean has a return engagement. This June, the superyacht Sirocco will appear on American television screens again, in season four.

The first season of Below Deck Mediterranean aired stateside in 2016. Sirocco starred in season two, the following year. Back then, she cruised around Croatia’s waters, a first for the television program. This time, the French Riviera is the backdrop, yet another first. In customary fashion, though, Below Deck Mediterranean serves up drama among the crewmembers and guests onboard. It also shows the fun side, too, like the inflatable slide that Sirocco deploys for guest use. You’ll see snippets of all of this, along with scenes of stormy weather and seas, in the series trailer, below:

Drama aside, Sirocco has met with success in the charter market for many years. Her appearance on the show may have boosted business, the way the motoryacht BG saw an uptick after appearing on Below Deck (the “older sister,” if you will, to Below Deck Mediterranean). Regardless, she has several stand-out features to offer charter guests. For instance, rich-stained ebony figures prominently in lounging and dining areas as well as staterooms. Speaking of staterooms, the master suite spans the full beam aft on the upper deck, an unusual location for a 154-footer (47-meter). Named for the hot wind that blows across the ocean from Africa to Europe, the superyacht Sirocco fittingly has an African-themed interior, from headboards to accessories. Originally built by Heesen in 2006, the yacht received a refresh in 2013.

Viewers wishing to sample life aboard the superyacht Sirocco can charter her. Her weekly rate ranges from €180,000 to €205,000, plus expenses.