Home / Charter & Cruising / The Megayachts of TV’s Below Deck 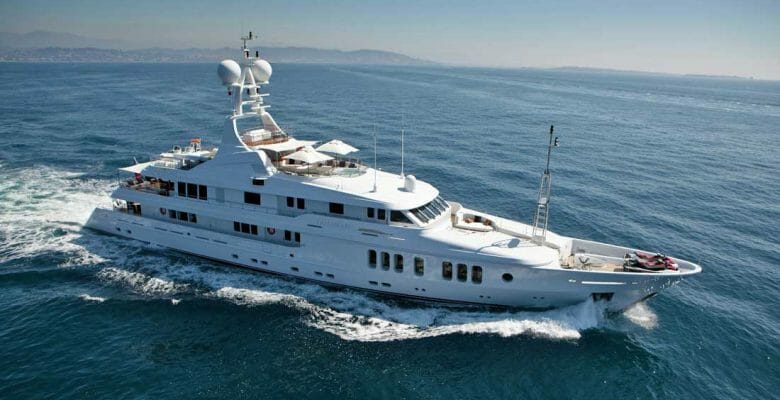 UPDATE, JUNE 1, 2020: Below Deck Mediterranean is premiering with a new yacht. The Wellington is her name for the show… but not her true name. We had the first story about her true identity.

UPDATE, NOVEMBER 21, 2019: Brace yourself for the first sailing superyacht in Below Deck history. The producers filmed aboard one this past summer in Greece. Air dates are not yet available, but a few other details are.

Love them or loathe them, Below Deck and Below Deck Mediterranean have huge followings. The reality TV shows chronicle the lives of crewmembers who work aboard charter megayachts. Bravo, the cable network behind them, says they are the third- and fourth-highest-ranking series among ad-supported cable programs with the most affluent audiences. With season three of Below Deck Mediterranean premiering this month in the United States, here’s a look at the various megayachts that have been on the two series.

1. Cuor di Leone. This 164-foot (50-meter) Benetti appeared in the first Below Deck season, in 2013. However, she did so with a faux name, Honor. She was an active charter yacht for several years. She’s under different ownership and a different name these days, Lumiere. But, she still charters, for €175,000 per week (about $212,000 at press time). In fact, you can get a sense of what a charter is like by watching this video on her website.

2. Ohana. Season two of Below Deck starred Ohana, under her own name. The 154-footer (47-meter) launched from Admiral Marine Works as Roxana in 1998. Ohana sold shortly after filming wrapped up in 2014. The new owner renamed her Rhino and kept her on the charter market. She’s available for $140,000 per week. Interestingly, during the America’s Cup in Bermuda, her owner offered her along with his sportfisherman, a Viking 74 named Rhino Fish. 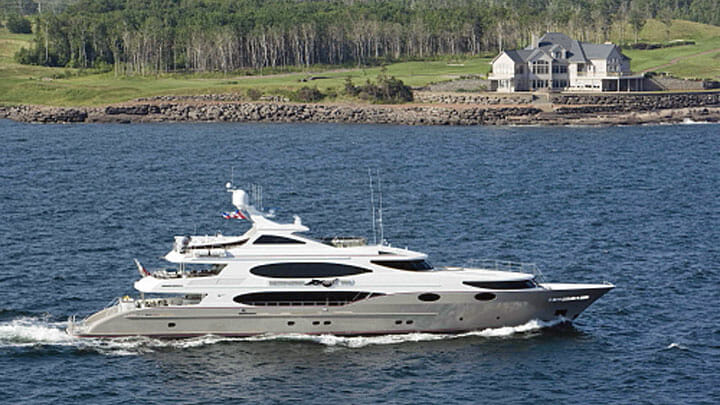 3. Mustang Sally (above). In season three of Below Deck, filmed in the Bahamas, a 161-footer (49-meter) named Eros appeared. Her real name was Mustang Sally. Built by Trinity Yachts, she chartered for several years before selling last summer. Nowadays, she’s off the charter market, known as Hunter.

4. BG Charade. BG Charade holds the distinction of being the only megayacht appearing on Below Deck twice.Her owner, Bobby Genovese, reportedly enjoyed how the show raised his charter yacht’s profile. (Among other things, Genovese owns BG Signature, a collection of 12 luxury retreats in the United States, Canada, Europe, South America, and the Bahamas.) The 154-foot (47-meter) Feadship was Valor for seasons four and five, in the Caribbean. Still under Genovese’s ownership, BG Charade charters primarily in South Florida and the Bahamas starting at €140,000 per week (about $169,500).

6. Sirocco. Built by Heesen 12 years ago, the 154-foot (47-meter) Sirocco was the second Below Deck Mediterranean megayacht. Specifically, she appeared on the show last year. Filming took place in Croatia the prior summer. Sirocco still charters, plus is available for sale. Her charter rate starts at €180,000 (about $218,000) per week. Her sales price, meanwhile, is €17 million (about $20.6 million).

7. Talisman Maiton (top). Last but not least, Talisman Maiton is TV’s newest star. A Turquoise Yachts project, she appears on the new season of Below Deck Mediterranean. She’s also the largest-ever megayacht on either show. LOA: 178 feet (54.2 meters). You’ll see her cruising in Italy. You can charter her starting at €231,000 per week (about $280,000).