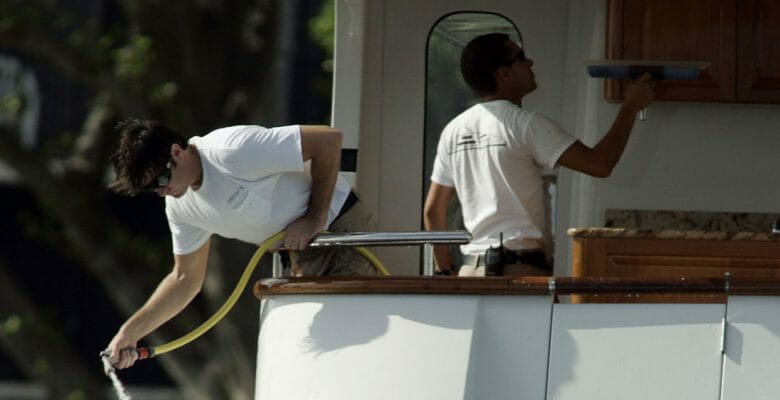 For the fifth consecutive year, yachts 233 feet (71 meters) and larger offered the most megayacht crew jobs. In addition, well more than half of all jobs were aboard private yachts, versus charter yachts. These are among the findings of the annual crew-recruitment report by YPI Crew.

YPI Crew conducts the research year after year to help not just fellow industry representatives, but also crew eager to land a position. As mentioned above, the company finds that in the five-year period from 2014 to last year, mega-size yachts had the greatest need for helping hands. Specifically, in 2019, the 233-foot-plus range generated 42 percent of all yacht positions. This was a 21-percent increase compared to 2017, too. Yachts from 167 feet (51 meters) to 233 feet had healthy demand as well. They represented 28 percent of all yacht positions.

Despite the impression that comes with these statistics, so-called smaller megayachts are no less in need of qualified personnel. In fact, YPI Crew finds, job openings on yachts from 102 to 164 feet (31 to 50 meters) rose 10 percent from 2018 to 2019. It’s a reminder that even if bigger boats seem better, the reality is opportunity awaits in all sizes.

As for which megayacht crew jobs are in highest demand, yacht stews and deckhands dominate, according to YPI Crew. In fact, the company says last year was its busiest in its 17-year history for these specific posts. The company also found a lot of jobs for chefs and engineers last year, up about 25 percent each. Perhaps most surprising, however, YPI Crew recorded a 70-percent increase in finding spa therapists and masseuses jobs on yachts.

Ultimately, whether you’re seeking to fill megayacht crew jobs on your yacht, or you’re a hopeful future worker, seek reputable recruiters. “Finding CVs has never been easier, but a DV is not a solution,” asserts Laurence Lewis, YPI Crew’s director. “What clients want is to recruit, not to look at CVs. …Recruiters are the vital link between employers and talent, as they have the network and the skills to architect a deal.”