You are here: Home / Yachts / Motoryachts / No, Bill Gates Did Not Buy a Hydrogen-Powered Feadship 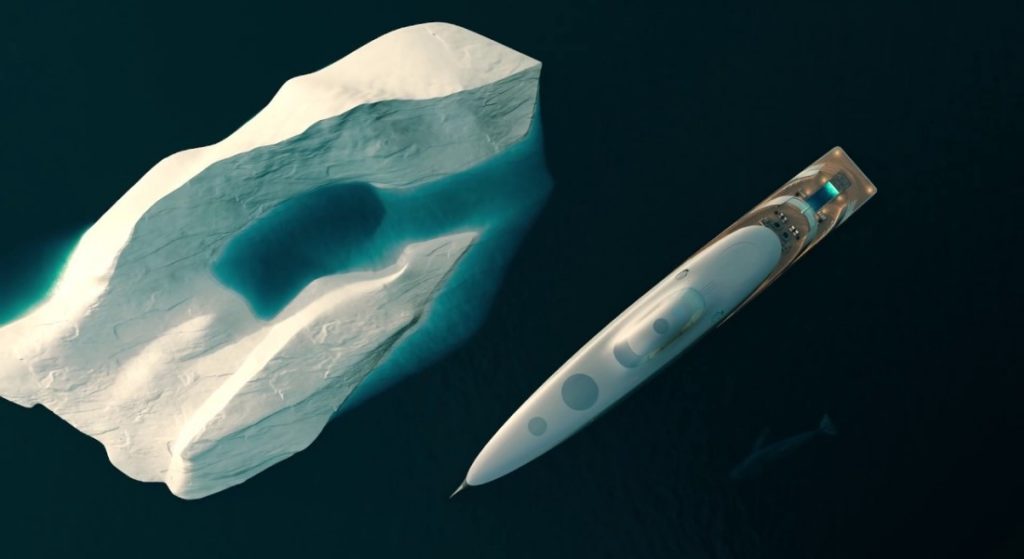 If you got excited reading headlines like “Bill Gates Orders €500 Million Hydrogen-Powered Superyacht” over the weekend, your elation is about to end. The co-founder of Microsoft did not commission this particular concept project, from Sinot Yacht Architecture & Design. Furthermore, despite published claims to the contrary, Gates did not buy a hydrogen-powered Feadship.

The Internet was all abuzz when a British newspaper published an article yesterday. Additional UK media websites picked it up. Websites of newspapers and magazines in Saudi Arabia, the United States, and more cited it, too. Specifically, claims that Gates bought a hydrogen-powered Feadship started with the Sunday Telegraph. The newspaper published an article about Aqua, a 370-foot (112-meter) Sinot concept design featuring liquid hydrogen propulsion. The article proclaims, “The Sunday Telegraph can reveal that the retired 64-year-old is behind the construction of a cutting-edge vessel by the Dutch superyacht specialist Feadship.”

When we reached Feadship for commentary, the shipyard stated that it does not comment on its order book. Sinot Yacht Architecture & Design issued a public statement to all media, however. It additionally has the same statement on the homepage of its website. “In recent days, various articles have appeared in international media, stating that Sinot Yacht Architecture & Design sold its concept Aqua (presented at the Monaco Yacht Show 2019) to Bill Gates,” the statement reads. “These articles are factually incorrect.” The studio adds:

“The hydrogen concept Aqua is not linked to Mr. Gates (or his representatives) in any form or matter.

Aqua is a concept under development and has not been sold to Mr. Gates.”

The Sinot studio reiterates that “all ‘information’ in these recent articles is factual incorrect.” This includes the claimed value of €500 million, or about $646 million at press time.

Although Gates did not buy a hydrogen-powered Feadship, or any design from the shipyard or the studio, Aqua remains a conceivable project. In fact, Sinot Yacht Architecture & Design says the goal is to “inspire clients and the industry.” It concludes, “We invite any visionary client to show their interest!”

Therefore, Aqua remains a concept design available for development as an owner sees fit. Take a look at the studio’s original presentation in the video above for an overview.