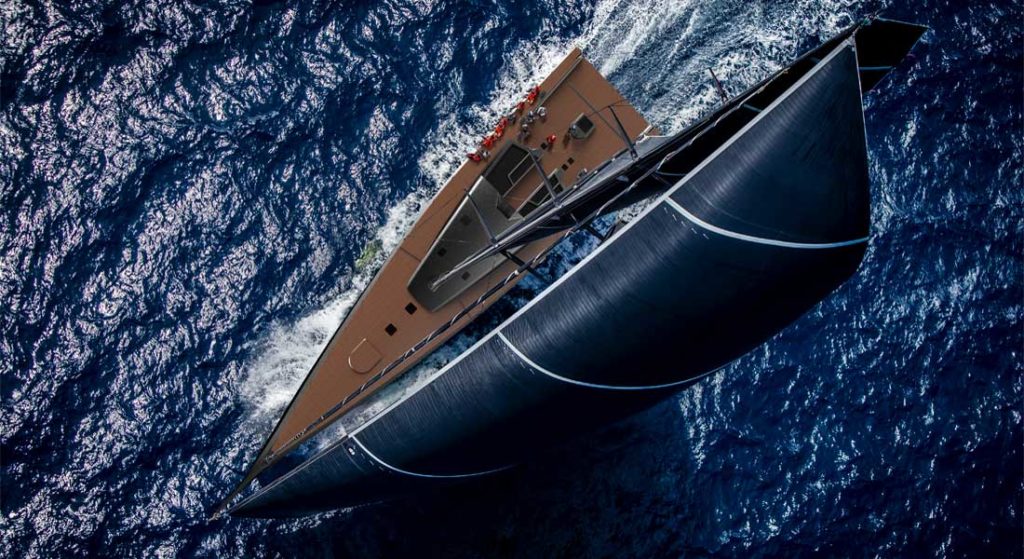 The United States is an important market for a number of yacht builders. It’s increasingly important and influential for most, if not all, of those same yacht builders, too. One particularly well-known sailing-yacht builder has just announced a new organizational change to reflect this. America’s growing importance to Nautor’s Swan is seeing a new regional director, plus the future creation of a dedicated office.

Roy Capasso, the regional director for Southern Europe, the Middle East, and Africa, has taken on the same role stateside. Joining him are Ken Keefe, overseeing sales, and Peter McCloskey, overseeing customer care. Keefe and McCloskey have each been with the shipyard for some time. The three will work together until Nautor’s Swan opens a new North American office in January 2021.

“With more than 500 yachts still sailing the American waters and a strong heritage, the choice to invest here comes from the fact that the U.S. represents one of the most strategic and appealing markets for us,” explains Giovanni Pomati, the group CEO. America’s growing importance to Nautor’s Swan reflects in upcoming designs purposely made for stateside buyers, he adds. In addition, Pomati says, regattas on this side of the Atlantic are important, too. In fact, the Swan American Regatta, part of the New York Yacht Club Race Week in Newport, Rhode Island, was such a success in 2019 that it’s returning for 2020.

For his part, Capasso says, “We see significant growth opportunities, and I am sure Nautor’s will bring the sailing culture on top again in this region.”

To that point, some of the projects that may positively impact America’s growing importance to Nautor’s Swan are the ClubSwan 125, pictured. Hull number one sees delivery this fall. Yet another possible project is the Swan 98, which debuts at September’s Monaco Yacht Show.