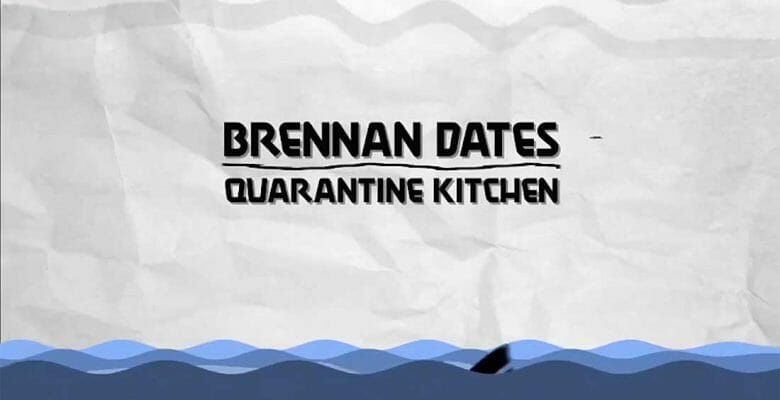 If someone says he’s stuck on a superyacht, chances are most people will laugh, or sarcastically say, “Poor baby!” However, COVID-19 really has kept hundreds of yacht crew stuck over the past several weeks. In fact, country shutdowns and quarantines have meant many couldn’t depart their boats. Brennan Dates is among them, a superyacht chef aboard a yacht in the Caribbean. Already quite creative with videos, Dates did something special. He created Brennan Dates Quarantine Kitchen, a series of videos teaching people about cooking.

With so many people starved (pardon the pun) for distractions during the coronavirus crisis, it’s probably only natural that they would discover Brennan’s videos. He’s been filming and posting them to his Facebook page, Olive Oil and Gasoline, since late March. (The page name reflects his two loves, cooking and motorcycles.)

The number of people who watch Brennan Dates Quarantine Kitchen, though, is pretty amazing. For example, a video from April 26 about properly honing a knife’s edge has about 1,000 views. The lighthearted post accompanying it surely helps drive clicks. Dates writes, “You may have a strange, vaguely sword-shaped thing banging around your miscellaneous drawer of horrible things you never use.” In yet another example, 1,400 people have watched an under-30-second video on making cold-brew coffee.

Hands-down, however, the hottest Brennan Dates Quarantine Kitchen video has 30,000 views. It reveals how to make the “mythical” McDonald’s hash browns. His self-described classier version is the video embedded above—and while he says his look just like the fast-food chain’s version, he admits he’s a fan of McDonald’s hash browns’ flavor.

Even amid the more humorous videos, Dates remains serious about sharing his knowledge and helping viewers improve their skills. He’s filmed videos about how to cook fish, at viewers’ requests, and welcomes questions. Equally important, he wishes