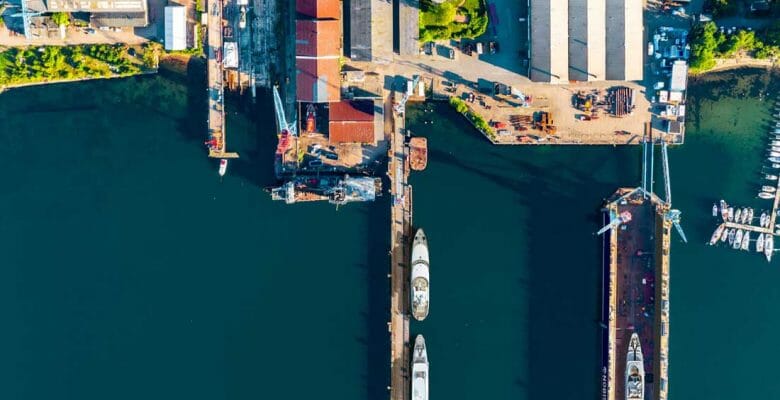 An investment and improvement strategy by its parent company is allowing Nobiskrug to offer additional new-construction and refit capabilities. In fact, one of its significant-size superyachts will continue construction at a facility under the same ownership. The Nobiskrug sister shipyard Lindenau, at the entrance to Germany’s Kiel Canal, will see that yacht’s arrival by the end of the month, as part of the strategy.

The Lindenau facility has been operating in Kiel since 1947. Located 28 miles (45 kilometers) from Nobiskrug, which is in Rendsburg, it encompasses more than 753,470 square feet (70,000 square meters). Mostly, the yard has focused on commercial-vessel repair and service, between its floating dock and 1,575-foot-long (480-meter-long) outfitting dock. Privinvest, Nobiskrug’s parent company, acquired it in 2013. 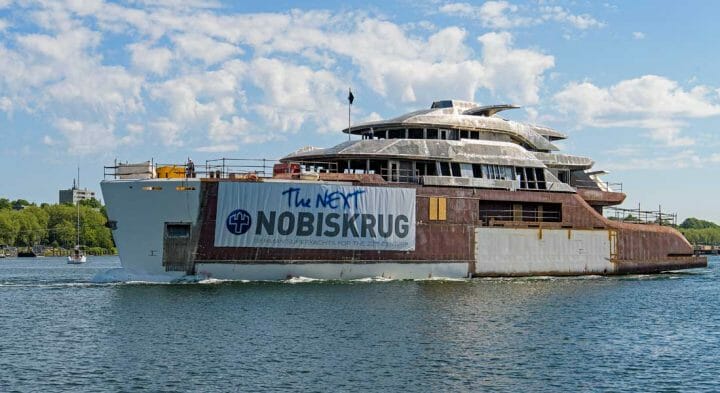 Regardless, Privinvest has had the Nobiskrug sister shipyard in mind for yacht work for a while. It’s due to the number of inquiries Nobiskrug receives for new-construction projects as well as significant-size refits. Nobiskrug concentrates on the 197-foot-plus (60-meter-plus) market, with deliveries including the 262-foot (80-meter) Artefact. The investment and improvement works therefore started phase one in March. Phase two is nearing completion.

More details should become available about the yacht arriving at Lindenau, as well as other projects at this Nobiskrug sister shipyard, in the coming weeks. In the meantime, Nobiskrug has Project 794 (above) under construction in Rendsburg. Her keel laying took place last year. The 203-footer (62-meter), with styling by Espen Øino, is due for completion next year.