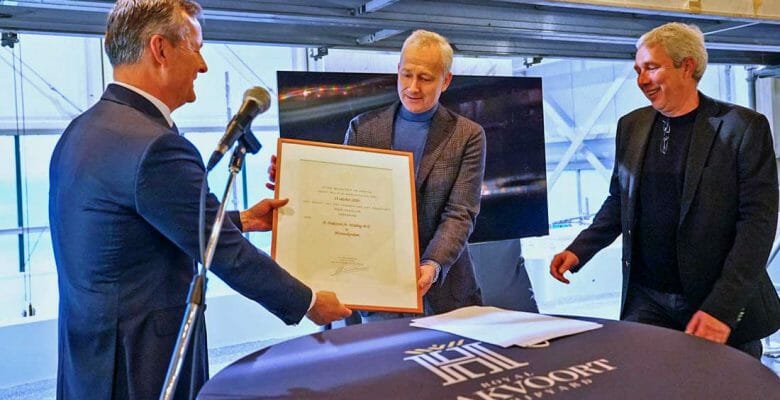 Friday the 13th was a lucky day for Hakvoort Shipyard. It received one of the most prestigious honors a Dutch company can get, the Royal designation. For now on, Royal Hakvoort Shipyard finds itself among a select group permitted to use the title and the royal crown in its logo.

“Koninklijke” in Dutch, “Royal” is an honorary title that comes with several prerequisites. For instance, a company or organization must be a leader in its field of expertise. The ownership and management need clean records, too. Yet another requirement, the company must have national importance, as well as serve a significant role within its community. Furthermore, Royal status is only granted if a company has been active for a minimum of 100 years, and under the same family ownership. Household names like KLM hold the title, as do fellow superyacht builders like the Royal De Vries and Royal Van Lent shipyards of Feadship, along with Royal Huisman.

The Dutch monarch grants the status. Last Friday, the King’s Commissioner for North Holland handed Royal Hakvoort the official honor at the yard (above). Klaas and Albert Hakvoort, the brothers who currently run the business, expressed their pride. “This crowns the work of current and previous generations, which has always been driven by entrepreneurship and passion,” they say. “It is also an enormous compliment to all our staff and subcontractors, who have been working with this family for years.” Furthermore, “We would also like to thank all our clients and their representatives for the faith they have shown in us.” 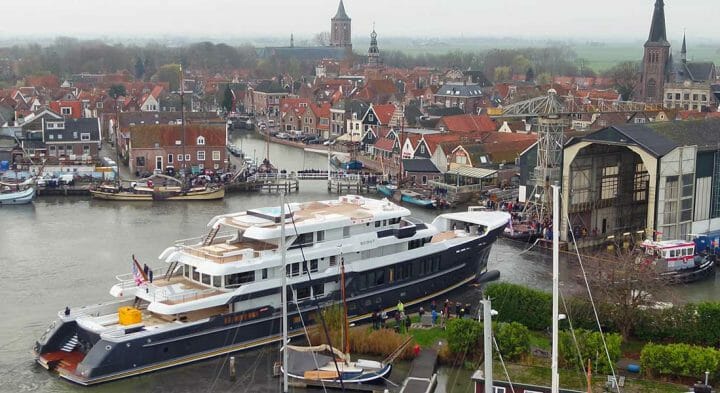 Royal Hakvoort Shipyard opened its doors in 1919 in Monnickendam. Albert Hakvoort acquired a warehouse, an assortment of shipbuilding equipment, and several lots. He intended to build fishing boats, for the thriving local fishing fleet. It was a big risk, since a miles-long dike, the Afsluitdijk, was coming to the region. However, he persisted, and succeeded. Now in the hands of the fourth generation, the facility is still in Monnickendam, where narrow cobblestone streets and buildings date to the 14th century. Following the switch to yacht construction in the 1980s, the yard completed its first custom project, the 102-foot (31-meter) Tonga. Still around, as La Reina del Mar, she’s completed 10 circumnavigations. More recently, the 209-foot (63.72-meter) Scout saw delivery, in 2019. The image above is from her launch.

With the fourth generation at the proverbial helm, Royal Hakvoort Shipyard can construct megayachts to 213 feet (65 meters). Three projects are under construction right now, too. One is YN251, a 200-footer (61-meter). YN253 measures the same size, although her hull is still underway at her subcontractor’s site. Finally, YN252 is, by comparison, a more modest 148 feet (45 meters).