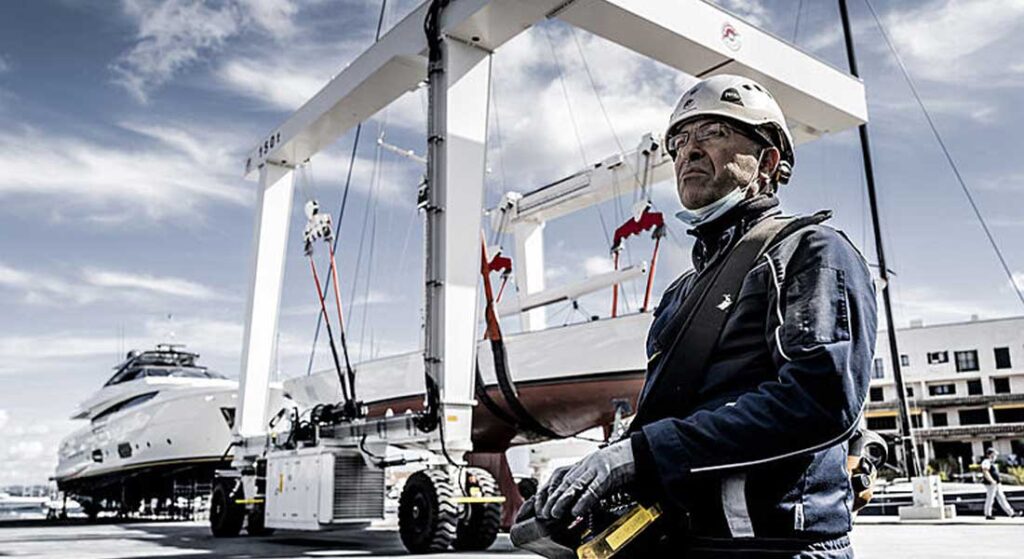 Sometimes service yards need some service of their own. Right in time for the summer Med cruising season, the Monaco Marine Golfe de St. Tropez shipyard has completed major upgrades and overhauls.

Work began in December 2019. Although interruptions occurred due to Covid-19, including government-ordered shutdowns for five weeks early last year, the tasks reportedly remained on pace. In fact, according to Pascal Gay-Varney, the shipyard’s director, “the goal of opening a new site in January 2021 has been met without any major pitfalls.” For perspective, the Monaco Marine Golfe de St. Tropez site covers a little over 301,389 square feet (28,000 meters).

Megayachts to 115 feet (35 meters), including both power and sail, seek service at the yard. It has dockside space as well as 64,583 square feet (6,000 square meters) under cover. Clients will now benefit from additional hoisting cranes. Specifically, the team acquired a new 150-ton and a 60-ton crane. Additionally, it acquired a motorized trailer supporting a maximum of 100 tons. These purchases make Monaco Marine Golfe de St. Tropez the only service yard in its region capable of lifting yachts to 150 gross tons and in the so-called small megayacht sizes. 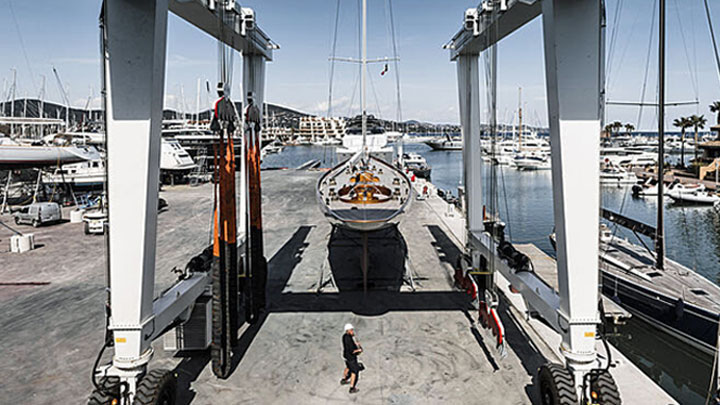 These aren’t the only changes customers may notice. In fact, the first order of business was upgrading the electricity, air, and water systems, as well as all of the shipyard flooring. Regardless, augmenting the lifting capacity was of primary importance. “The addition of the two new cranes means we are capable of lifting bigger boats while being able to lift the smaller ones with more delicacy,” Gay-Varney explains. “We can ensure more safety and more precision. Lifting a yacht is the core of our profession.”

Monaco Marine Golfe de St. Tropez is one of eight shipyards in Monaco Marine’s network throughout France and Monaco. Other sites include ones in La Ciotat, Antibes, and Juan-les-Pins. Notably, the Antibes shipyard is undergoing a multi-million-dollar renovation, too. Anticipated for completion next year, it will increase the physical footprint dramatically. Specifically, the company is adding 96,875 square feet (9,000 square meters) more hard-standing area, plus acquiring new lifting cranes.