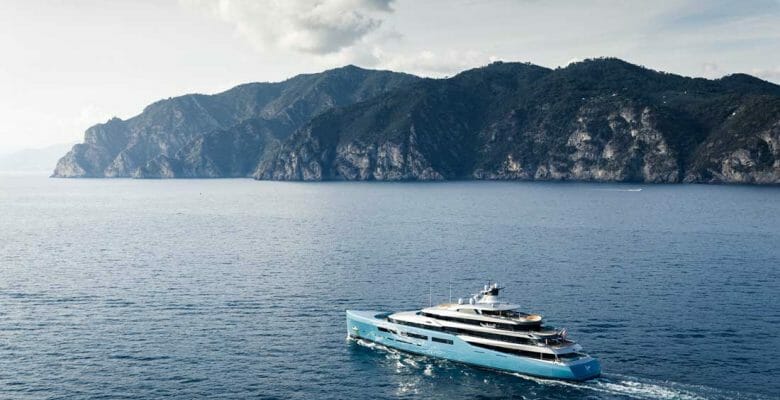 The summer season is still in full swing in the typical Mediterranean and U.S. ports. In fact, these two popular superyacht destinations have seen tremendous traffic just in recent days. Here’s where the majority of yachts have been spotted, according to data compiled by Bloomberg.

While 43 fewer megayachts are in U.S. waters compared to last summer, still, enough are here for the country to rank second most popular. Specifically, 198 yachts dot the West, East, and Gulf Coasts, as well as the Great Lakes. The Feadship Lonian and her 217-foot (66.2-meter) shadow vessel Hodor, for instance, have attracted great interest from residents of Santa Barbara, California, since they’ve been just off the coast this week.

Greece has seen the biggest year-on-year jump in cruisers, 60 in all. This may be due to the country opening up to tourists earlier than other Mediterranean nations. Regardless, the 253’5” (77.25-meter) Feadship Pi made headlines for appearing off Mykonos this week. Meanwhile, in late June, 50 yachts dotted the island’s coast, as seen in the video below from Mykonos Live TV.

Even during the first summer of the pandemic, France was among the most popular superyacht destinations. A total of 161 superyachts were in its waters. Slightly more—specifically, 168—were there this past week. It’s a mere three yachts less than in July.

Though Croatia doesn’t get as many big yachts as nearby Italy does, it’s still a bigger draw than Montenegro and other popular superyacht destinations. August saw 57 waterborne visitors, vs. 64 in July. Fifty-nine headed there last August, which was during a three-year high for superyacht visitors. Among the yachts currently there: the Greek-built, 310-foot (94.6-meter) O’Pari, which basketball great Michael Jordan and his wife have chartered. Also there is the 321-foot (98-meter) Abeking & Rasmussen Aviva(top of page).