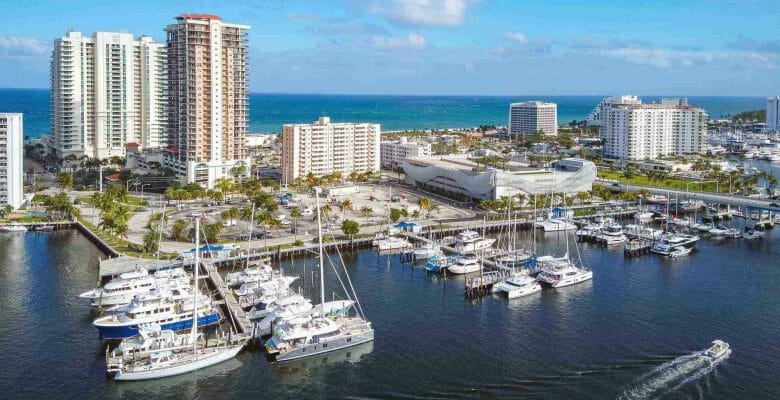 Suntex dates to 2015. While it has marinas across the country, a few well-known holdings are in South Florida. They include the Las Olas Marina in Fort Lauderdale (above) as well as the Miami Beach Marina and Bayshore Landing in Miami. Similarly, Westrec, founded in 1987, oversees multiple marinas across the United States. Its properties in South Florida, though, arguably have the highest profiles in the megayacht community. They include the Hall of Fame Marina and Sunrise Harbor Marina in Fort Lauderdale, plus Harbour Towne Marina in Dania Beach.

Notably, Westrec is one of the world’s largest owner-operators of marinas and marine-related businesses. Stateside, it’s the second-largest, while Suntex is the third-largest. Now that Suntex and Westrec Marinas are merging, 50 properties will be under common control. That therefore will make it the United States’ second-largest marina owner, behind Safe Harbor Marinas. The latter has about 120 properties.

Suntex and Westrec Marinas are merging for a logical reason. “Years ago, we realized the many synergies between Westrec Marinas and Suntex,” Bryan Redmond, Suntex’s CEO, explains. Specifically, Redmond cites ensuring a strong customer experience and giving visitors worthwhile amenities. “Together, we are poised for a fantastic future,” he adds.

Bill Anderson, Westrec’s president, agrees. “Suntex brings significant innovations and more streamlined tools and processes for daily operations,” he notes. Some of these are processes that megayacht owners, guests, and crew won’t readily see, such as financial forecasting with real-time data. Regardless, Anderson further cites Suntex’s capital for repair and maintenance investments plus other major development needs as strengths. Furthermore, Anderson says capabilities like that, combined with the experience of Westrec’s operating team, provide “an unlimited opportunity to grow and prosper.”