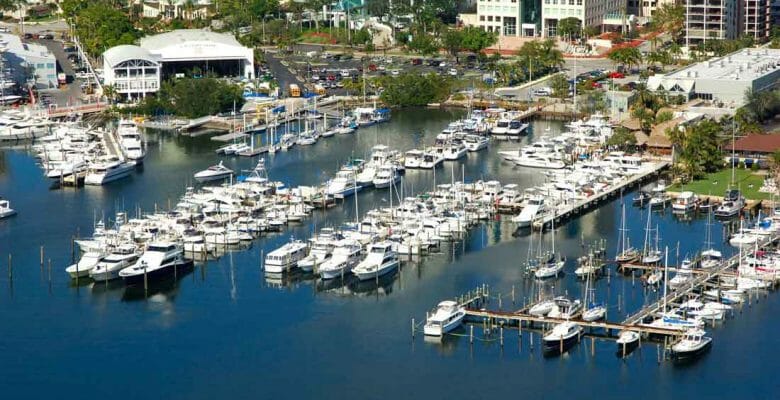 Yacht and megayacht owners have long docked in Coconut Grove, Florida due to its proximity to downtown Miami. The Prime Marina Miami property there has changed hands, and changed names. In fact, it’s returning to its long-known name, Bayshore Landing.

The lease involves 111 slips, accommodating yachts and megayachts to 130 feet (40 meters). Pump-out and fueling services complement dockage. Notably, Suntex Marinas says it plans to convert Bayshore Landing’s fueling to year-round availability. Additionally, Suntex acquired the adjacent retail and restaurant space, including Monty’s. It has plans for these, too, including expanding the menu and enhancing the overall waterfront enjoyment, along with improved customer service. Regardless, customers can still expect 24/7 access, along with security patrols and valet service.

Bayshore Landing is about 10 minutes from downtown Miami. Furthermore, it’s about 20 minutes from the international airport. These, along with its location in Coconut Grove, make it high profile. Adjacent to the city hall, the marina is walking distance to shops, restaurants, art galleries, and more. “Biscayne Bay and the surrounding neighborhoods like Coconut Grove represent one of the greatest boating communities in the world,” commends David Filler, head of Suntex Investments and Business Development.