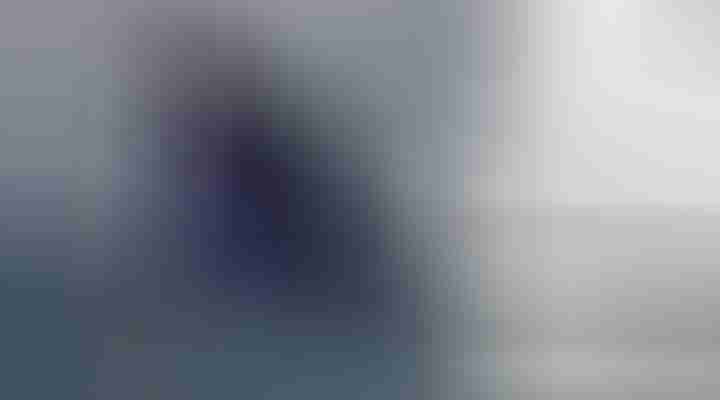 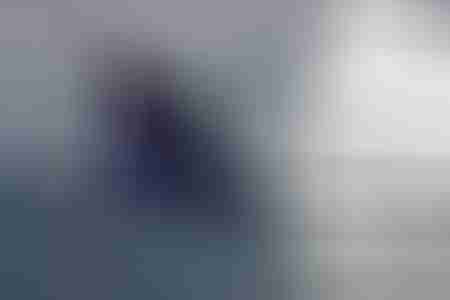 It’s often said that yacht owners and their crew are among the most environmentally minded people in society. Despite depictions of motoryachts as gas-guzzling smoke-spewers and both power and sailing yachts as mere playthings, the people who buy and work aboard these magnificent machines are painfully aware of the garbage and pollutants being carelessly allowed to enter our waterways. In addition, because they visit some of the most far-flung places on earth, they’re more apt to see an opportunity to reach out and help a community in need.

In this edition of The Superyacht 6, we present the leading ocean-oriented charities. Some are purely environmentally minded, while others take a broader outlook. Either way, while they’re listed in no particular order, they are particularly worth your support.

1. The International SeaKeepers Society. This is perhaps the best-known charity among yacht owners and the yachting industry, with good reason. The International SeaKeepers Society was founded in 1998 by a group of megayacht owners who were shocked by the deteriorating conditions of the seas and wanted to fund research to address it. This led to the creation of an ocean and atmospheric monitoring system installed first aboard yachts, and now aboard everything from cruise ships to sea buoys. It provides vital data to scientists around the world every few minutes, around the clock. In fact, SeaKeepers responded to the BP oil spill. https://megayachtnews.com/2010/07/international-seakeepers-society-hydrocarbon-sensors-bp-oil-spill Furthermore, SeaKeepers annually recognizes a person whose commitment to protecting the oceans is just as profound and passionate. Recipients of the SeaKeeper Award include environmentalist and film producer Jean-Michel Cousteau, sailor and environmentalist Sir Peter Blake, broadcaster Walter Cronkite, director James Cameron, and Prince Albert II, whose work with his own environmentally minded charity (see next entry) has been hailed by the United Nations.

2. Prince Albert II Foundation. His Serene Highness Prince Albert II, the sovereign prince of Monaco, created this eponymous charity in 2006 with three main areas of focus: climate change, biodiversity, and access to drinking water. Within two years the Foundation had teamed with the World Wildlife Fund to prevent Mediterranean bluefin tuna from becoming extinct, aiming to educate both consumers and scientists about responsible practices. Monaco became the first European Union member to ban consumption of bluefin tuna. Besides these, Prince Albert II is president of the Mediterranean Science Commission, which promotes better scientific understanding and monitoring of the Mediterranean Sea. He has held the position since 2001. Furthermore, he was the 2007 International Patron of the United Nations’ Year of the Dolphin, and in 2009 he received the Roger Revelle Prize from Scripps Institution of Oceanography for his emphasis on environmental causes and support of scientific research. 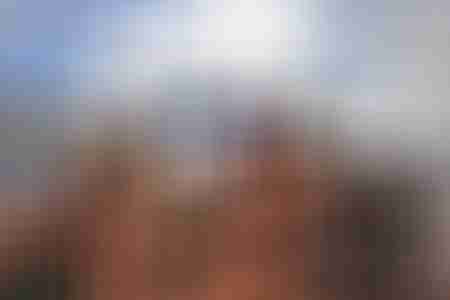 3. YachtAid Global. A nonprofit that ensures humanitarian and developmental aid reaches some of the most remote regions of the world, YachtAid Global (YAG) was founded by a former megayacht captain and current port agent, Mark Drewelow. In his travels at the helm, he saw plenty of places where people needed the bare basics: medicine, school supplies, you name it. It took some planning, but in 2006, he created YachtAid Global to match megayachts to these people. It works like this: When he learns of a community that has a special need, he reaches out to his network of captains, crews, and owners, figuring out which yacht will be in that area and asking if any of them would be willing to take the supplies to the shoreside connection. The owners and crews of Bristolian, Rosehearty, Deniki, and many others can all attest to the passion with which Drewelow pursues fulfilling a need. In 2009, for example, after becoming aware of a school in Indonesia where the students risked attack from komodo dragons, he coordinated efforts to raise money to buy a fence, then for the crew of Vivid to deliver it. And just a few weeks ago, the owners and crew of Slojo (above) held a ‘round-the-clock fund raiser, the Slojo-YAG Challenge, as they headed across the Pacific Ocean, successfully raising more than $53,000 for the charity.

4. Khaled bin Sultan Living Oceans Foundation. “As a young boy in Riyadh, I spent some time wandering the desert, and was surprised to find the fossilized remains of sea creatures. I realized then that much of the flat, endless desert of Arabia was in fact an ancient seabed.” So says Prince Khaled bin Sultan bin Abdulaziz of Saudi Arabia, who founded this nonprofit. “Years later, as I began to travel the seas and dive beneath them, my interest matured into a deep love for our oceans and the life they sustain.” The Living Oceans Foundation has therefore been dedicated to the conservation and restoration of the seas since 2000. It further supporters their preservation through research and education, partly through scientific journeys aboard a variety of the prince’s yachts. These include the 66.75-meter (219-foot) Golden Shadow, which is outfitted with a variety of monitoring systems and a lab that has played a vital role in several expeditions to date. In fact, Golden Shadow is about to embark on a three-year world cruise to study coral reefs.

5. Seacology. Since 1991, Seacology has been focused on saving endangered species, habitats, and even cultures of islands worldwide. Its creation was spurred by the decision of villagers in Samoa to sell logging rights to their rainforest when they needed a new school and better teachers, as they had no other revenue source. Seacology focuses on islands for a few reasons. Because they’re isolated, they have a disproportionate number of endemic species, which in turn makes for a disproportionate number of endangered species. As for their people, the populations are usually small, which then makes for small economies, leaving them more vulnerable to pressure from outside developers. Seacology steps in to create “win-win situations,” in which the environment is protected and the people receive a tangible benefit for their sacrifice. For example, business skills are taught to help citizens in war-torn and/or environmentally destitute regions, in exchange for preserving wetlands and the coastal environment. Seacology has even taught villagers who used dynamite to fish to instead raise livestock. The nonprofit currently has projects in 114 islands and 44 countries.

6. Shake-a-Leg Miami. For the past 15 years, Shake-a-Leg Miami has focused on launching boats and dreams simultaneously: It enables children and adults with physical, developmental, and economic challenges to get out on the water. It was founded by Harry Horgan, then a resident of Newport, Rhode Island and age 22, when he was paralyzed from the waist down after a car accident. The programs available to the disabled were, in his estimation, anything but adequate. Having sailed since he was a boy, Horgan was determined to still participate in the lifestyle. Within one year, he was enjoying cruises with friends who helped him figure out how to get his wheelchair onboard. Horgan envisioned creating a place where the young and old alike could empower themselves through sailing. Today, Shake-a-Leg Miami is one of the largest adaptive watersports facilities in the country. It blends education, recreation, health and wellness, and workforce training serves. Horgan and a combination of staff and volunteers teach about 3,000 physically and mentally disabled kids and adults each year. 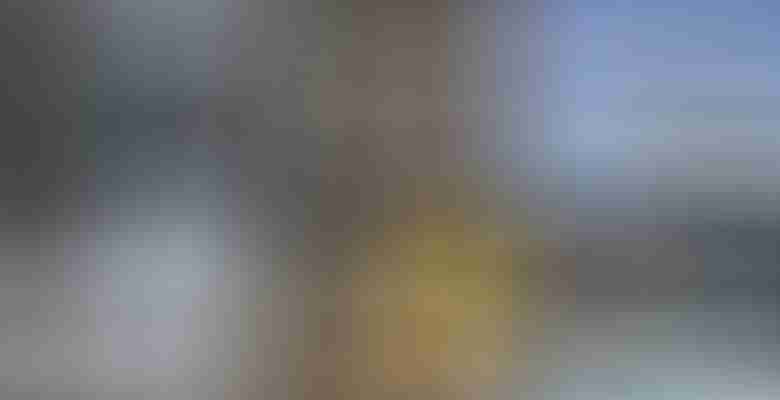 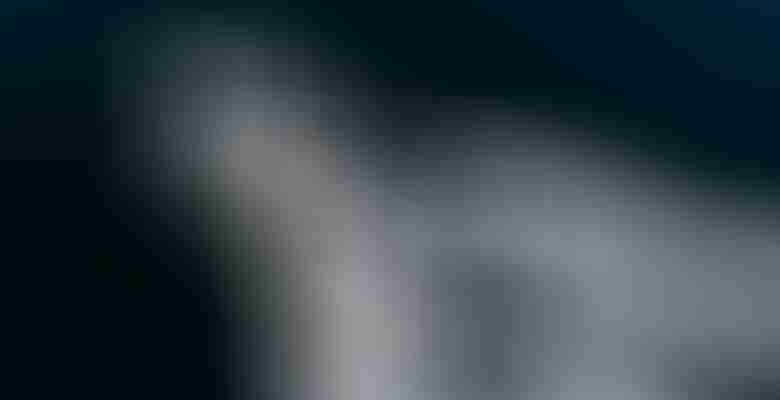 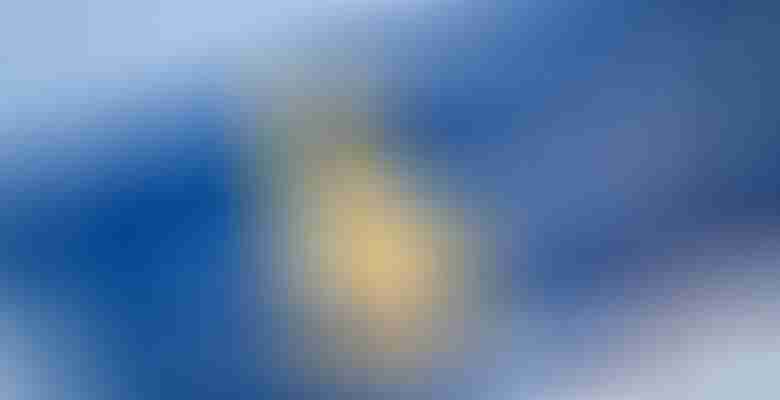 Win a Watch at the Superyacht Charities Ball