You are here: Home / Yachts / Organizations / Harrods Selling Superyachts in Its Store—Seriously 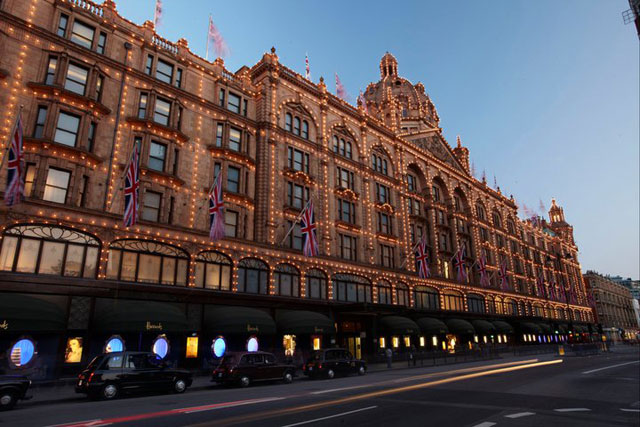 Here’s a relationship that gives a whole new meaning to window shopping.

London’s most famous department store, Harrods, is showcasing models, images, and information on a handful of megayachts in its window displays this month. It’s not a publicity stunt by a fashion designer, it’s a true sales showcase created in conjunction with Watkins Superyachts, the London-based brokerage house and management firm. Furthermore, Watkins Superyachts has a specially dedicated area inside the store, staffed by its personnel during the promotion.

The yachts offered for sale include the Kestrel 106, a 32.4-meter (106-foot) ketch by Ron Holland Design nearing completion at Aganlar Boatyard in Turkey. She’s the first of a series aimed at providing fast performance with comforts like raised relaxation and dining areas for 10 within the deck saloon. Asking price: €7.5 million (about $10.7 million). Then there’s the 90-meter (295-foot) Fincantieri Project Mars (below), from the drawing boards of H2 Yacht Design. Bearing beautiful curves among her six decks, she has an asking price of more than £100 million ($163 million). 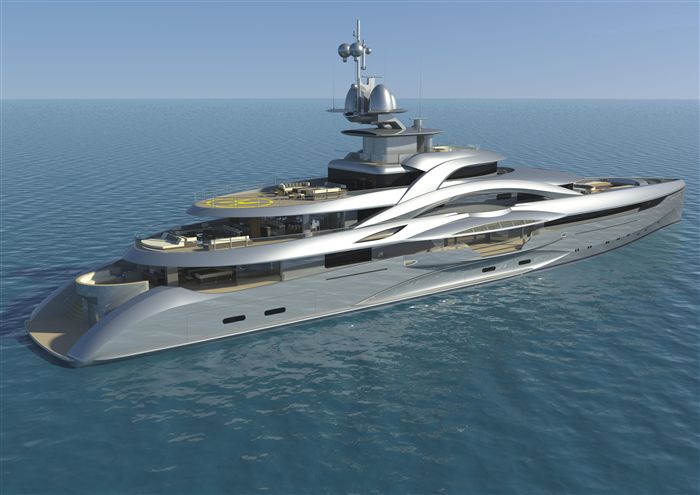 These two megayachts are accompanied by models of the Heesen 65-Meter Fast Displacement yacht and the 73.55-meter (242-foot) Nobiskrug Mogambo. The Heesen project, whose keel was laid in February, will be 30-percent more efficient than a same-size yacht with a round-bilge hull form. She’ll also feature interior design by Bannenberg & Rowell. Mogambo, expected for completion next year, is a sistership to Siren and has interior design by Reymond Langton Design.

So what would bring two disparate companies like Harrods and Watkins Superyachts together like this? Guy Cheston, the director of advertising sales and sponsorship for Harrods, doesn’t think it’s all that odd. “Harrods continuously aims to provide its customers with new and exclusive products, and with this spectacular range of boats now available to purchase in store, we have surpassed all expectations.” It’s worth noting that if the Fincantieri project sells through this promotion, she’ll be the most expensive item Harrods has ever sold. Cheston adds that there’s been “significant interest” in the overall showcase.

As for Watkins Superyachts, its principals say location is key. Capt. Adrian McCourt, the firm’s managing director, explains, “We wanted to create a virtual Monaco at Harrods. There are many potential charterers and purchasers who may not wish to travel to established yacht shows but would rather meet with our expert team to discuss potential options without jargon or hard selling.”

It’s not the first time that Harrods and Watkins Superyachts have partnered. A service called Air Harrods was launched a few years ago, as a luxury-travel benefit. It allows the yacht-management company’s clientele to have everything from helicopter to limousine service to and from their boats. Harrods personnel provide the concierge services that the store is famous for as well as the ones that Watkins’ clients would naturally expect.