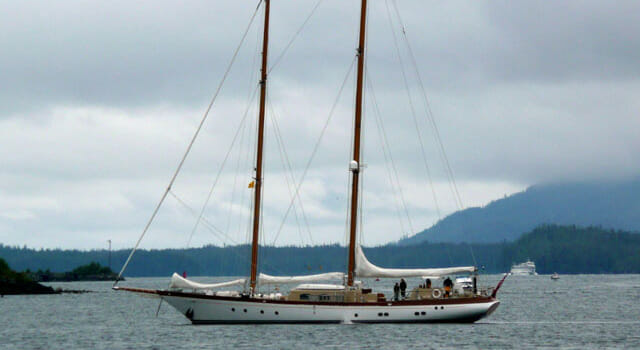 Thanks to the crew of the sailing superyacht Seljm (pictured), YachtAid Global (YAG) and other megayacht-industry organizations are collecting aid items and money for Syrian refugees fleeing into Turkey. Even better, you can help, too.

The 111-foot (34-meter) Seljm has been spending the summer in Turkey, and her crew became increasingly aware of the situation and wanted to assist, as did the owner. The crew alerted their agent, who recommended reaching out to fellow agents at BWA Yachting, which has an office in Turkey. Seljm’s crew also contacted Capt. Mark Drewelow, the founder of YAG, as they have actively supported YAG’s mission for many years. You may recall that YAG is a nonprofit that delivers humanitarian, developmental, and conservation aid onboard megayachts to isolated and underprivileged coastal communities worldwide. Seljm’s crew explained to Drewelow that hospitals were particularly in need of supplies, though other items were welcome, too. “Much of the aid that they should be receiving from overseas donors is stuck in Turkish customs, and there is a lot of red tape that is slowing things down here,” they wrote in an email to Drewelow, which Drewelow provided to us. “The yachts are already in Turkey. We all have money to buy medical goods and/or food, and we are (or should be) willing to help!”

While governmental and international organizations alike are helping the Syrian refugees, Drewelow says that YAG prefers finding its own conduits. “Those normal channels are frequently the cause of the issues and lack of funds and aid moving to those that need it most,” he explains. Drewelow therefore wrote a letter for BWA Yachting to distribute to all of the megayachts in the area under its care. Dated August 26, it reads in part, “This week reports are that there could be as many as 200,000 Syrian refugees in Turkey in the coming months. There is a recent, dramatic spike in refugee arrivals from the trend of 400 to 500 per day to a single-day record of nearly 5,000 within the past two weeks.”

Seljm’s crew is currently collecting money donated by their guests, themselves, and other like-minded yachting crew in Turkey. YAG has pledged to match funds raised by Seljm up to a maximum of 4,000 euros (about US$5,000).

Other megayachts as well as charitable-minded individuals are welcome to lend a hand. Whether you can do so in person or via donations, contact YAG. As Drewelow writes, “We hope that by Seljm bringing the issues to us, and YAG in turn broadcasting, that we are able to inspire the yachting community to take action.”