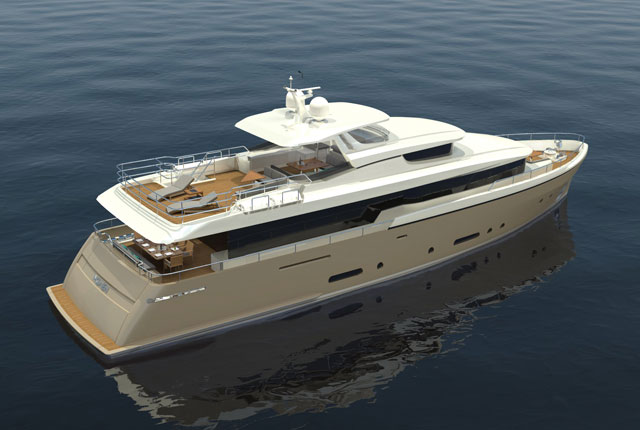 Moonen Shipyards is building the first of the Matica model.

Emile Bilterijst, Moonen’s managing director, says the buyers of the first Matica are experienced cruisers. They’ve explored the Med and are expanding their horizons to the Caribbean, befitting the series name, and elsewhere. Bilterijst adds that they signed the contract for the Matica within 10 weeks of initial contact.

Though the LOA is still being worked out, the first Matica will be less than 200 gross tons. That volume appealed to the buyers due to the associated simplified operations and costs. Furthermore, she’ll have a main-deck owners’ suite and a raised pilothouse. Adam Lay Studio will be designing the interior. 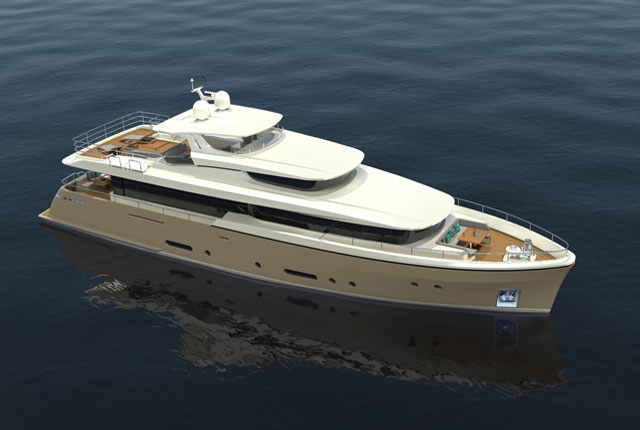 The Matica, like the rest of the Moonen Caribbean series, was penned by Rene van der Velden. (The full Caribbean series: Mariana, Montserrat, Matica, Mustique, Martinique, and Marquis.) Moonen and van der Velden conceived the series to emphasize good fuel consumption and range, plus good sound and vibration control. Overall, the Moonen Caribbean motoryachts are meant to attract international buyers. Moonen has had success with European buyers for some time. It is increasingly marketing to other regions, including the United States. (Moonen has at least one North American client thus far.) Buyers can personalize the builds in terms of interior, systems, and other features. This is in keeping with Moonen’s philosophy for all of its builds.

Speaking of those builds, Bilterijst says that more inquiries have come for the Caribbean series than any other offerings. That includes its popular Moonen 99, Moonen 97, Moonen 94, and Moonen 84 models, which have attracted buyers for more than a decade.

This first Matica will launch in 2016. She should be just a few weeks behind another Moonen Caribbean series motoryacht. The yard is building the first Martinique model as well.