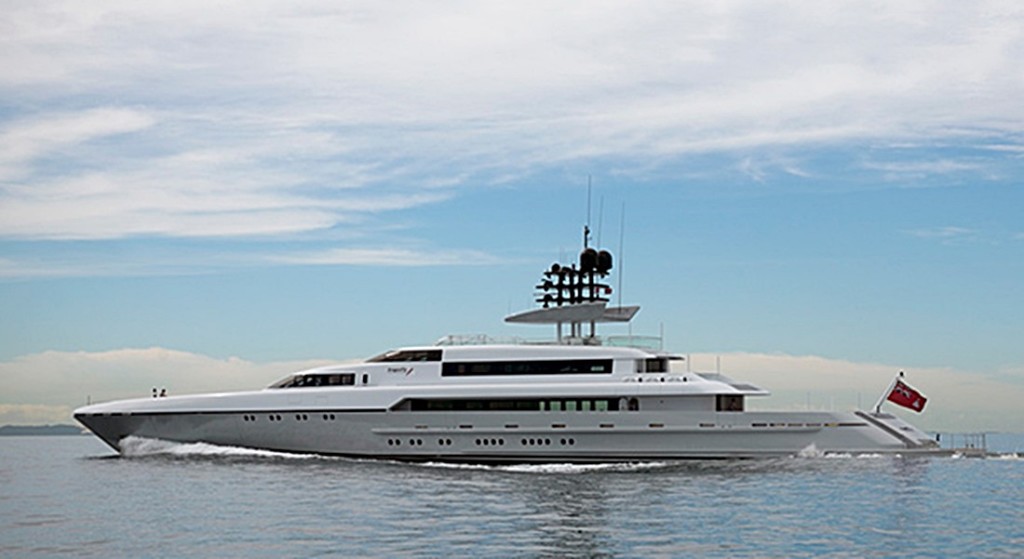 UPDATE, MARCH 20, 2015: The support yacht Umbra has joined the relief effort for Vanuatu. Umbra is perhaps the most ideal type of yacht to respond to YachtAid Global’s request for assistance. It’s a Fast Yacht Support Vessel (built by Amels’ parent company, Damen), intended to carry supplies and people alongside a traditional superyacht. YachtAid Global is currently working with the owner and crew to arrange loading of necessary items for Vanuatu.

Furthermore, late this evening U.S. East Coast time, which was early Saturday morning Vanuatu time, Dragonfly arrived in Vanuatu, following a three and a half day trip. She loaded supplies and a medical staff and departed for the Shepherd Islands. Nearly all of the villages there were completely destroyed, and news reports stated the locals were drinking salt water in an attempt to survive. Y.CO, which has Dragonfly under management, supplied the following quote from Capt. Mike Gregory: “Dragonfly has extensively cruised the beautiful and remote areas of Vanuatu over the past two years. We were shocked and saddened to see the devastation caused by Cyclone Pam, and we know that the resources we have onboard can make a huge difference and will ultimately save lives.”

Read on for the original article about Dragonfly, the devastation in Vanuatu, and how you can help.

Thanks to YachtAid Global and the owner and crew of the megayacht Dragonfly, the people of Vanuatu are receiving much-needed aid following the devastating Cyclone Pam.

Cyclone Pam hit the South Pacific island nation as a category 5 storm on March 13. Top winds were estimated at 155 mph (250 kmph), with gusts to nearly 199 mph (320 kmph). Cyclone Pam was much stronger than anticipated. It knocked out communicating with some of the outermost islands, dumped heavy rainfall, and caused storm surges and flooding in addition to wind damage. Thousands of people are homeless, and there is no fresh drinking water. Two-thirds of the population makes a living off agriculture, but unfortunately all crops are feared destroyed.

As it does with many natural disasters in cruising areas, YachtAid Global began seeking yachts to deliver aid just as the storm passed. The owner of the 240’5” (73.3-meter) Dragonfly heeded the call. The crew of Dragonfly are working with relief teams in Port Vila, Vanuatu’s capital. There, they are loading a variety of aid supplies. The 239-foot (73-meter) Dragonfly is also carrying search-and-rescue teams and medical personnel to the outer islands. The government of Vanuatu has not yet been able to determine the degree of devastation in those islands, due to lack of communication.

Even with the coordinated efforts thus far, YachtAid Global and Dragonfly’s crew do not have full details on the destruction. As with any natural disaster, there are a number of unknown scenarios. Regardless, YachtAid Global is matching donations of any kind made via its website up to $5,000. YachtAid Global has a partner in Vanuatu, The Butterfly Trust, which plans to assist in rebuilding medical facilities and schools, provide health and educational supplies, and more. Clothes and shoes for adults and children alike are also among the most pressing needs.

YachtAid Global continues to seek yachts in New Zealand or the South Pacific at large that wish to assist in relief delivery. Contact the organization’s founder, Capt. Mark Drewelow, via email.