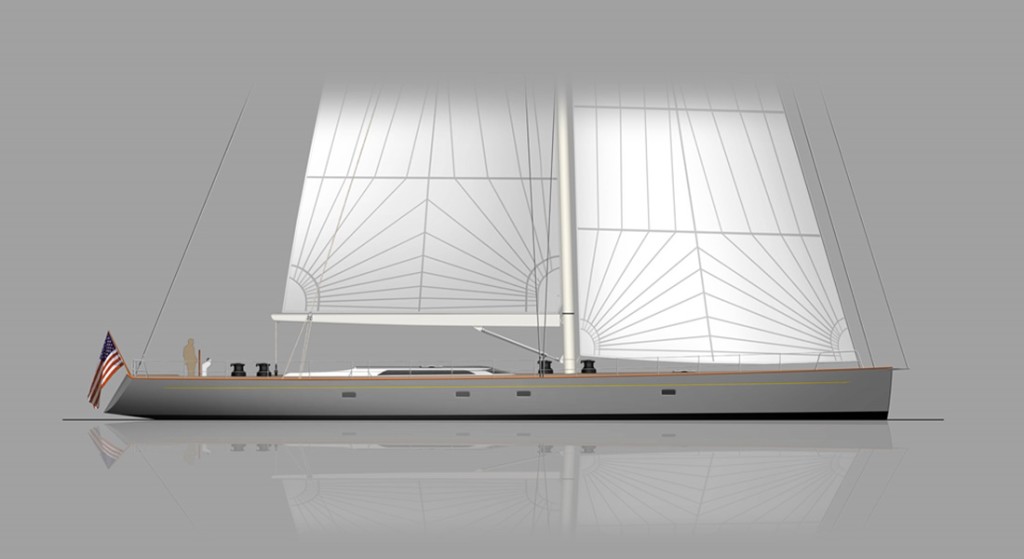 Front Street Shipyard is pursuing more new-build projects to complement its strong refit and repair business. The Maine-based builder has joined forces with Tripp Design for a series of performance sloops. They’re the FSS 84, FSS 102 (above), and FSS 112.

The build and design teams came together to generate more interest in American-built yachts. While a number of American yacht buyers are back in the market, thus far they’ve been signing primarily with European shipyards. Front Street Shipyard’s in-house design department and Tripp Design both contributed to the styling and overall concepts for the sloops. Tripp Design is further responsible for engineering and naval architecture.

While the FSS 84, FSS 102, and FSS 112 will be open to owner input on general arrangement, each has features sure to attract interest. All three, for example, have two cockpits: one at center, and one aft. The FSS 84 and FSS 102 have nicely low-profile deckhouses. These in turn spill light down into the interior. Meanwhile, the FSS 112 is a pilothouse design. The three performance sloops further have fixed drafts. From smallest model to largest, the drafts are 10 feet, 12 feet, and 13 feet. In similar fashion, the beams are 20’1”, 22’9”, and 25 feet.

Each sloop will be built of advanced composites. Sailing systems will be hydraulic and feature carbon fiber rigging, as you’d expect. In-boom furling and either a Code Zero or Alpha sail for the bowsprits are also available.