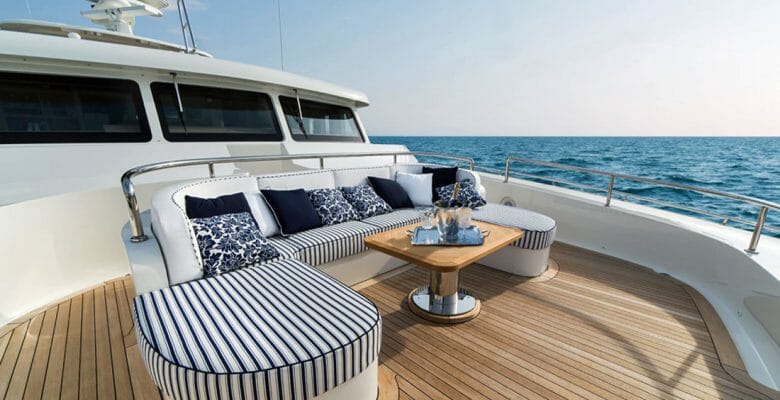 We’re getting our first looks at the unnamed F76, the fourth Vintage Series motoryacht from Codecasa. She’s an adaptation of the original Vintage Series model announced in 2010 and is available for sale.

The model name clearly conveys her primary features. F76 measures 43 meters, or 141 feet, and has a full-beam main-deck master suite. (Maximum beam: 29’5”, or 9 meters). Styling-wise, she embraces classic design, including a Portuguese bridge. Performance-wise, she’s also quite traditional. The steel-hulled yacht is meant to see a 4,000-nautical-mile range at 11 knots. Top speed should be 16½ knots, further customary, under Caterpillar power. 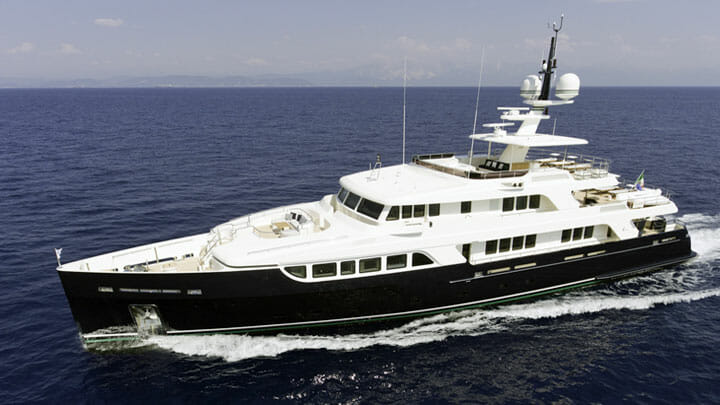 Codecasa made the series slightly larger than its predecessor for good reason. The shipyard wanted the crew’s duties of handling and servicing it to be simpler. The extra length is essentially all located aft as a result.

Of course, this isn’t to say that Codecasa overlooked creature comforts. The full-beam nature of the master speaks to this. The suite also has an office area, due to some of the extra length. Codecasa and Design Studio Spadolini collaborated in creating larger windows throughout for more natural light, plus larger and brighter foyers. The staircase connecting all of F76’s decks also benefits from good views out toward the horizon. Since crew comfort is key, too, the captain has an en suite cabin aft of the wheelhouse. While not unheard of for a yacht of F76’s size, it’s atypical.

Enjoy these peeks at life aboard this megayacht, where the natural light tone of oak and similarly hued stone set a serene atmosphere for an owner’s party of 10.