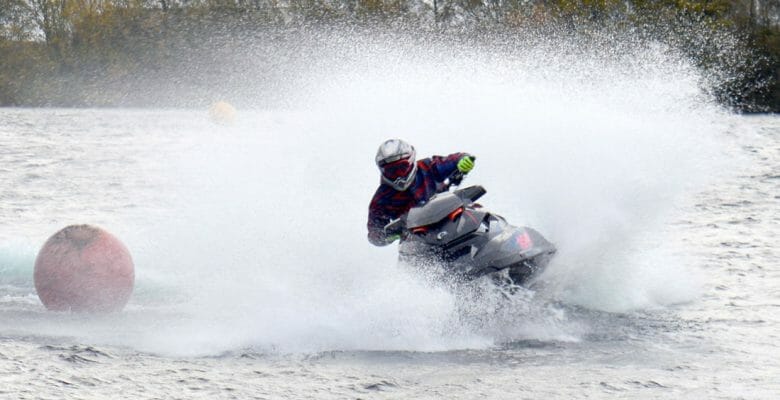 A Sea-Doo racing champion and Superyacht Tenders & Toys are at it again. They’re offering the 2017 Black Edition, a PWC that will give you, and onlookers, whiplash, but in a good way. It reportedly blows a Ferrari 458 Spider out of the water (no pun intended) in going from 0 to 60 mph in three seconds.

While the new Black Edition may seem slower, it actually can still hit 80 mph. It all depends on the rider’s weight, plus wind and sea conditions. Regardless of hitting 60 or 80 mph, Bushell asserts it provides no less thrilling of a ride. “The Black Edition’s acceleration is the closest feeling you will get to being sat on the start line of a Jet Ski race,” he says. 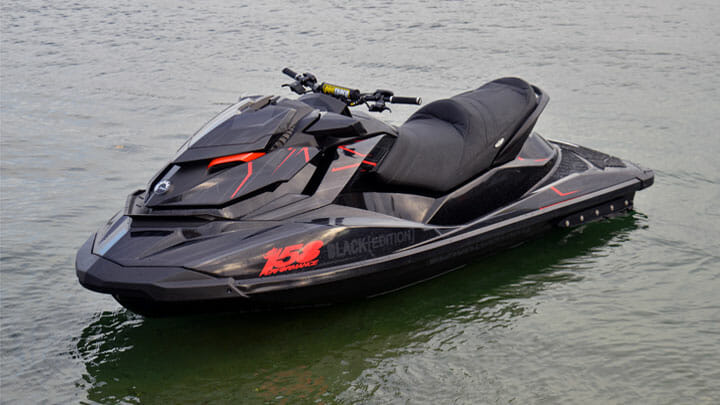 Part of the reason the new watercraft is so fast is its lightweight construction. The two-seater employs carbon fiber throughout the hull. It therefore weighs 617 pounds, versus the more customary PWC weight of 851 pounds. Then, of course, the engine upgrades play a role, too. The engine-control unit pushes the 300-hp Rotax engine to accelerate rapidly. Additional modifications as a result of the performance emphasis: the cooling system, air intake, stainless steel propeller, and rear-exit exhaust.

To help you keep control, the 2017 Black Edition has a lower center of gravity. The driver’s seat is a racing seat, too, while sponsons designed by Bushell’s team flank the hull.

To ensure those you fly by know exactly what you’re driving, Black Edition graphics adorn the water bike.

Just like the previous Black Edition production run, this production run will include only 100 PWCs. Pricing is £32,000 (about $40,300 at press time) plus VAT.