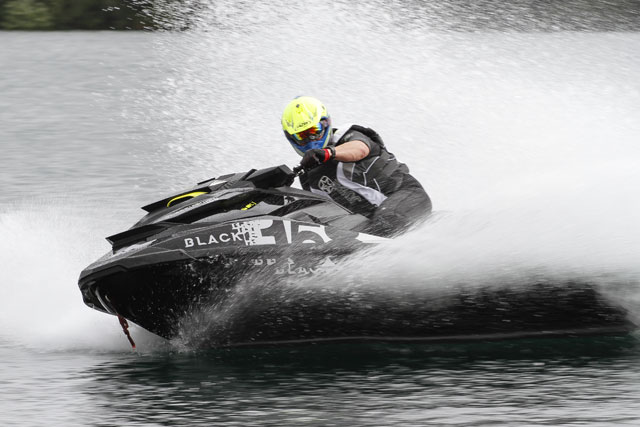 Yes, you read that right: A Sea-Doo PWC capable of 80-mph speeds. The Black Edition 360 is a limited edition, with a production run of just 100 units. So, if you really have a need for insane speeds, don’t contact Sea-Doo, since it’s not producing them. Rather, a UK-based company called 158 Performance, run by an eight-time world-champion PWC racer, is producing them, and Superyacht Tenders & Toys is selling them to the megayacht market.

The Black Edition 360 uses the basic structure of the Sea-Doo RXP-X 260, with modifications made by the 158 Performance team. That’s what allows the watercraft to hit those blistering speeds—and do them in three seconds flat. (Don’t believe it? Watch the video demo.) James Bushell, the above-mentioned world champion, tested the first Black Edition 360 and sums it up this way: “It goes like stink and handles just like my race ski. It practically pulls your arms off—this isn’t one for the weak-wristed!”

Indeed. Even at more moderate speeds, the Black Edition 360 is an extremely powerful machine. It doesn’t just have an amped-up engine; even the steering system and handlebars are lower, in a racing stance. That’s why Superyacht Tenders & Toys will train you and anyone else who plans to use it.

Furthermore, Superyacht Tenders & Toys can up the ante on the black, white, and neon Black Edition 360 graphics with branding that complements your megayacht.

The speed isn’t the only thing about the Black Edition 360 not for the faint-hearted. Base price: £20,000 (about $32,203 at press time). But if your heart is still racing in a good way after watching the video, chances are it’s the toy for you.