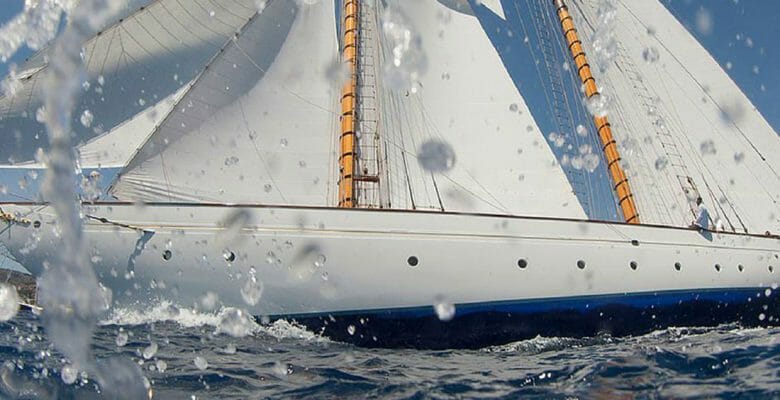 Come June 21, The Superyacht Cup Palma kicks off once again. With 15 entries thus far, the annual four-day event is shaping up to be super competitive, too. It’s pitting brand-new deliveries against winners with reputations on the line.

The newest of the new deliveries participating is Ribelle. She’s so new, in fact, that her christening just took place this weekend. Regardless, between Vitters’ history of building performance racers and Malcolm McKeon’s experience designing the same, Ribelle should be one to watch. Besides, as the race organizers remind us, “ribelle” is Italian for “rebel.”

Meanwhile, some Cup competitors “were already flying over finish lines while newer entrants were still only a twinkle in an owner’s eye.” They include Mari Cha III, which secured two significant race records nearly a decade ago: the Transatlantic in 1998, and the Sydney to Hobard in 1999. Thirty-knot speeds are not out of the question for her, in fact.

Additional proven racers competing at The Superyacht Cup in June include:

The Superyacht Cup Palma, which is the longest-running European superyacht regatta, is registered as a Clean Regatta. This means the organizers eliminate as much waste, particularly plastic, as possible. Last year, for example, each crew received reusable water bottles. Come this June, The Superyacht Cup is supplying reusable bottles again. But, it will also provide freshly made water, via traditional reverse-osmosis methods. Organizers say the machinery will make one and a half to 2.6 gallons (six to 10 liters) per minute.

If you’d like to participate in the Cup, there’s still time. The entry deadline is May 1.