You are here: Home / Builders / A Day at Moonen Shipyards 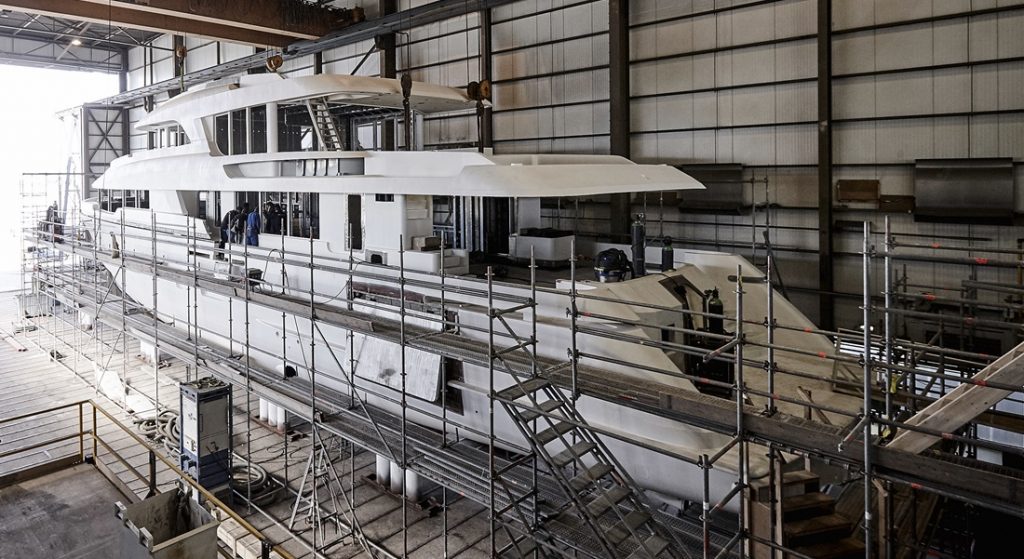 Editor’s note: MegayachtNews.com editor Diane M. Byrne is visiting several Dutch superyacht builders this week. It’s at the invitation of the Holland Yachting Group, a trade organization. Several yards have confidential projects, which precludes reporting on current activity. Others, however, can publicize some of their activity. What follows is the second such report, on Moonen Shipyards.

Emile Bilterijst, head of Moonen Shipyards, doesn’t sugar-coat things. He talks freely about how his shipyard suffered greatly during the global recession. The introduction of its Caribbean series, representing new styling for the pretty traditional builder, came in 2008, just as the recession hit, too. And, there aren’t enough Caribbean series superyachts on the water to show what the yard can do. But, Bilterijst is optimistic as well. Bijoux, delivered last year, was “about 80 percent a custom yacht” in addition to being the first Caribbean series sale. Related to this, Moonen filed for financial restructuring while building Bijoux. Equally important, the yard emerged from that financial protection in 2016. It’s completing the first Martinique model in the series, a 120-footer (36-meter), on spec. And judging from the regular results of the Palm Beach International Boat Show, the American market is increasingly interested in its “pocket-size superyacht” capabilities. 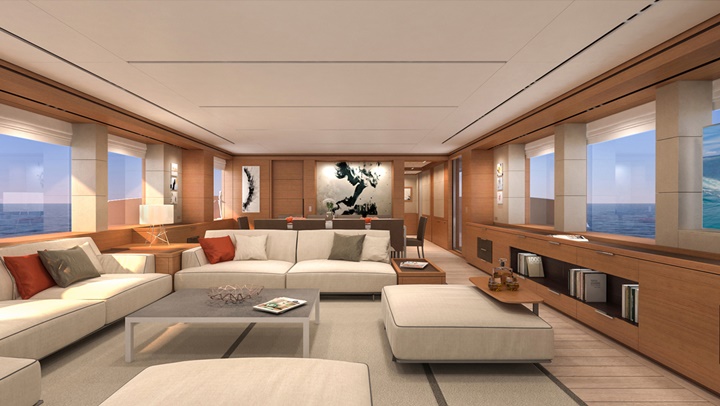 For example, Moonen exhibited three yachts at the show two years ago. Two of the three sold to Americans as a direct result, Bilterijst asserts. Johan Dubbelman, the shipyard sales manager, adds that this past March, more inquiries came for the 120-foot-plus projects. Unrelated to the show, an American couple purchased a Moonen 97 as a brokerage buy, taking her back to the yard for a refit. Now christened Nimbus, she calls Florida home.

No wonder, then, that Moonen is about to open its first-ever U.S. office. This summer, the Moonen USA headquarters will be in the famed Fort Lauderdale office strip known as The Quay. Dubbelman says he’ll come stateside about every four weeks, too.

Clearly, Dubbleman will be promoting the Martinique’s availability. With just a seven-foot (2.1-meter) draft, she’s tailor-made for Bahamian cruising. Top speed is 16½ knots. The Nauta Yachts interior (above) that’s already partially in place features warm-tone teak. Yet, given launch set for January, she’s not so far along that you can’t put your own imprint on her. 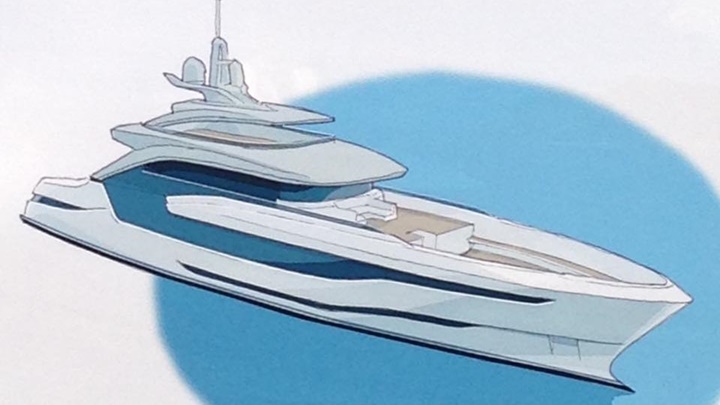 Speaking of imprints, Moonen Shipyards is eager to connect with a client for its latest Caribbean series (above). Called the Navarino, she measures 151 feet (47 meters). Moonen provided the journalists invited for the Holland Yachting Group press tour a first look. MegayachtNews.com is the first to publish the rendering. With a displacement of 499 gross tons, the Navarino has the features of an explorer without the styling, Bilterijst says. She also has the conveniences of customary megayachts of this size. They include full walkaround decks, plus a beach club. One difference, though, with the beach club: It’s flush with the swim platform, not down a step or two as is the norm.

Moonen plans to reveal more about the Navarino in the coming weeks. It will announce the formal opening of the American office, too.