You are here: Home / Yachts / Motoryachts / Fish, Beware: Hull 1015 in the Water in New Zealand 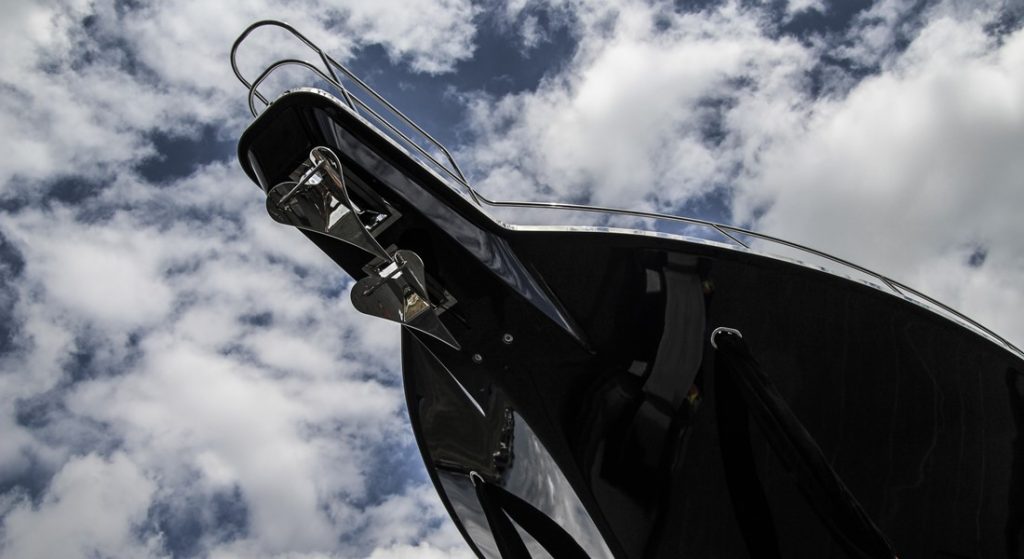 As you can imagine, the owner of the super-sportfisherman is quite the angler. He intends to pursue pelagics in a variety of fishing hotspots worldwide. About 10,567 gallons (40,000 liters) of fuel will enable long periods of pursuit, too. Yachting Developments hasn’t revealed the expected performance figures for Hull 1015. However, she packs some serious power below decks, twin 3,100-hp MTUs.

She also packs serious engineering from a studio with a strong reputation for good performers:  Michael Peters Yacht Design. The studio gave her commercial-grade systems and power, for example, due to the demands that big-game sportfishing and long-range cruising require. Of course, gyro stabilizers play a key role, too. In sum, “As a fishing and diving platform, the vessel is truly enormous, and she incorporates everything expected of a sizable motoryacht in a sleek sportfisherman’s profile,” says Chris Critchett of Michael Peters Yacht Design. 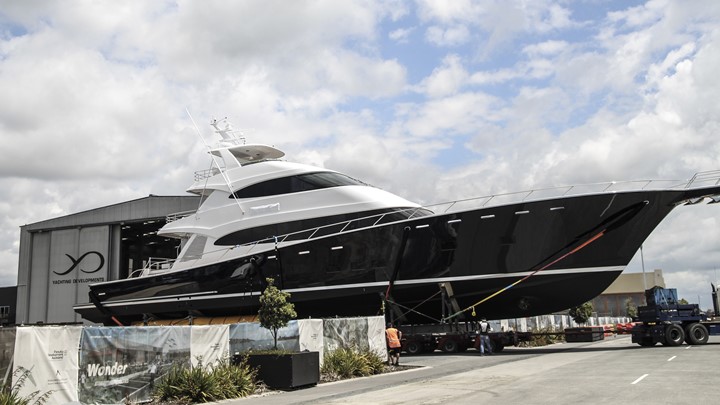 The owner selected Yachting Developments for this project for two reasons. First, he knew about another sportfisherman completed there. She’s Satu, a 90-footer (27.4-meter) handed over in 2012. (Work started on Satu at another yard.) Second, the owner was struck by the New Zealand yard’s familiarity with carbon fiber composite. Ian Cook, the yard’s managing director, says the team always welcomes a challenge, and “Hull 1015 has proved an extremely enjoyable challenge to build.” He adds, “Her sheer scale alone makes her worthy of note, but as a project of passion, she is something special.”

Though the LOA above includes her bowsprit, which most in the industry don’t include in the overall measurement, Hull 1015 is no less significant. She rises four decks and spans a 27-foot (8.2-meter) beam. Volume is significant as well, 267 gross tons.

Pre- or post-bite, Hull 1015 accommodates 10 in the owner’s party, while the captain and crew head count is six. A games room accompanies the staterooms below decks, while a more traditional saloon and dining area are on the main deck. So, too, is the galley. The owner collaborated with the shipyard and Naylor Booth Associates to create a family-friendly atmosphere. Of course, being a proper sportfisherman, the yacht has a mezzanine deck where family and/or fellow anglers can urge on whoever is working a line.

They might want to scout out the best place to work a line from one of the tenders, too. Hull 1015 carries two tenders from New Zealand-based Smuggler Marine. Both stow on the foredeck, accompanied by a davit.

Check out this gallery of the launch; click any image to enlarge. In the meantime, finishing work continues, with delivery set for next month. 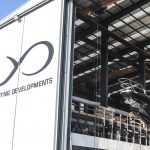 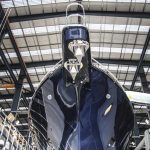 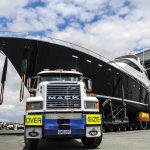 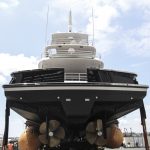 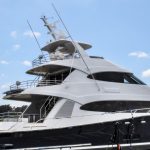 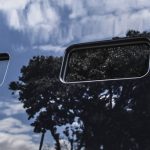 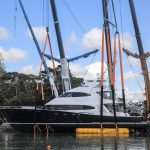 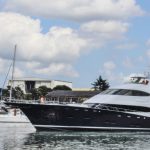