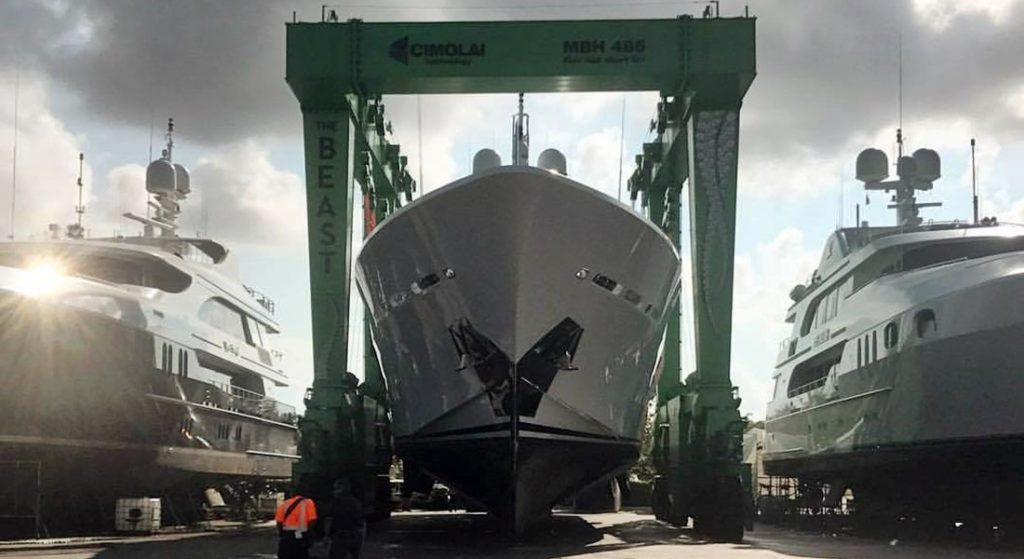 Add a division of Benetti’s Benetti Americas office to the growing list of tenants at Lauderdale Marine Center. The builder saw fit to center its service and aftermarket sales team at the refit and repair yard.

Doug West, Lauderdale Marine Center’s president, calls attention to the designation, among other things. “Benetti is recognizing the competitive benefits our facility has to offer, from its sheer size and ability to haul boats up to 485 tons, to our Foreign Trade Zone, which will allow Benetti to import boats to our facility duty free,” he states.

Of course, Lauderdale Marine Center has other advantages, too. Twenty-two covered sheds, along with 130 slips, are on site. It has four boat lifts, the biggest having the nickname The Beast. Services include fiberglass repair as well as metal fabrication and welding. They also include electrical work, hydraulics, engine overhauls, electronics installations, and carpentry.

The U.S. service office for Benetti joins another American office for an Italian brand, the Ferretti Group, on site. In fact, the Ferretti Group became tenants within the past year. Additional companies following in the same footsteps include brokerage house Northrop & Johnson, as well as paint specialist Pinmar USA.