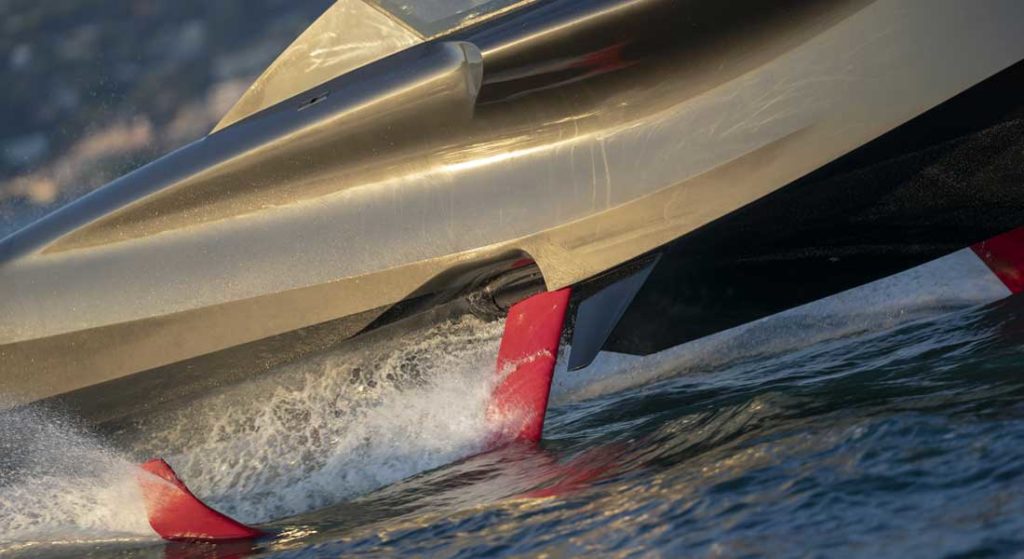 Foiling technology has been around a while in the marine industry. But, foils, which are akin to wings beneath the water, are found aboard sailing yachts, not power yachts. UAE-based Enata Marine, which creates a variety of water toys and boats, has changed that with the Foiler, the first-ever production-built foiling powerboat. Capable of a reported 40 knots, and with three design models, the Foiler is also gaining interest as a super-fast, super-slick superyacht toy.

Constructed of carbon fiber, the Foiler has twin 300-hp hybrid engines that, in combination with the foils, push her to swift speeds. The foils further lift the hull out of the water, nearly five feet (1.5 meters). Since foils are touted for their efficiency, the same applies here. The builder says they can cut through waves up to nearly 10 feet (3 meters) without passengers suffering seasickness. The foils also deploy via push button, for simplicity. When they retract, the boat seems just like a regular cruiser (see bottom photo). 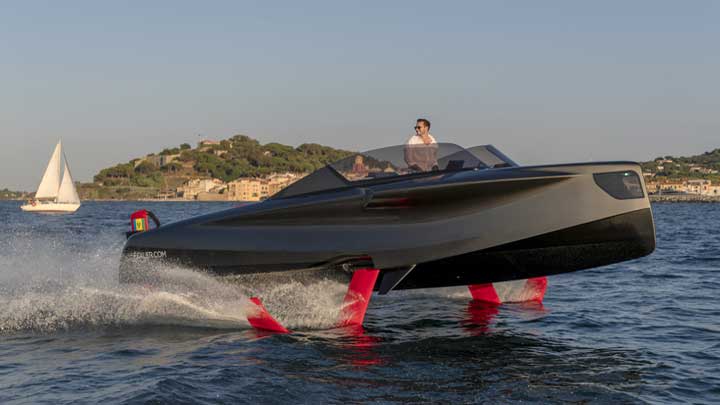 Each Foiler comes with a day head, a refrigerator, and stowage for luggage or other items. The boat additionally has two seats tucked in the bow, for those of you who thrill to feeling the wind rush. Recognizing that buyers each like something a little different, Enata Marine created the above-referenced three designs. They are the Foiler GT, the Foiler Azure, and the Foiler Royale.

With the first design, the builder says you feel as if you’re driving a racecar. It arranges seating purposely to maximize the sensation. Simultaneously, though, you still have space to stow gear, even scuba tanks. With the Azure model, two settees accommodate sunning and lounging. You also get a retractable table aft. Finally, the Royale really amps up the sunning and lounging. A big sunpad sits aft, conveniently with stowage beneath. Rear-facing seating complements it, as do three more benchseats in the cockpit. Each of those benchseats get their own retractable tables, too. 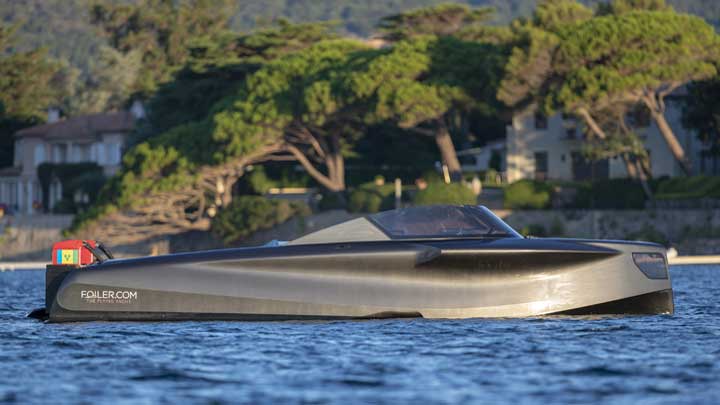 IYC has the exclusive global distribution for the Foiler. Starting price is €990,000 (approximately $1.147 million at press time). You can check out the boat at this week’s Cannes Yachting Festival, plus even schedule a demo drive next week. At the end of the month, the Foiler heads to the Monaco Yacht Show, where you can also test drive her.