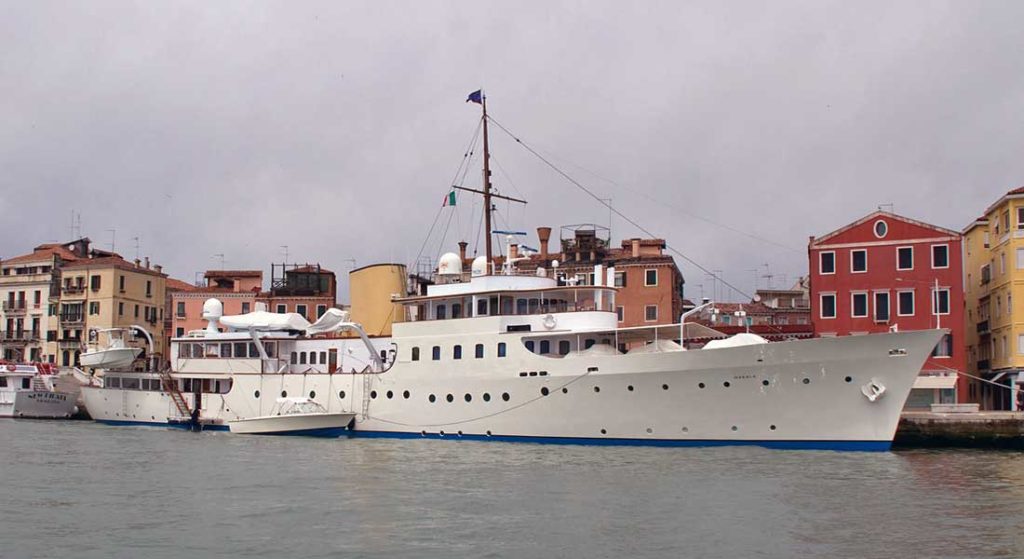 When you own a classic yacht, you recognize your role in preserving history. The current owner of the striking superyacht Marala certainly understands that. He tapped Pendennis “to complete a restoration and preserve her spirit for many years to come,” according to her captain. In the process, he’s upholding the practice that her previous owners—remarkably, only three of them in her 88-year history—held dear.

Measuring 193’6” (59 meters), Marala saw delivery from Camper & Nicholsons in 1931, to a design by Charles E. Nicholson. As was common at the time, she showed off an Art Deco interior design, with rich details. The handful of owners over the decades kept this spirit. (On a related side note, when the current owner acquired her in 2017, Marala had been in the seller’s hands for more than 50 years.) She also launched with twin 750-hp MAN diesel engines, which remain onboard and functional to this day.

Some changes, though, did take place over the decades. In fact, structural modifications converted her for military use during World War II. A number of other physical alterations took place subsequently, and are being removed during her 18-month stay at Pendennis. As mentioned above by her captain, the owner is determined “to remain sympathetic to her heritage and original design.” A new paint job and entirely new teak decks should complement the historic looks. 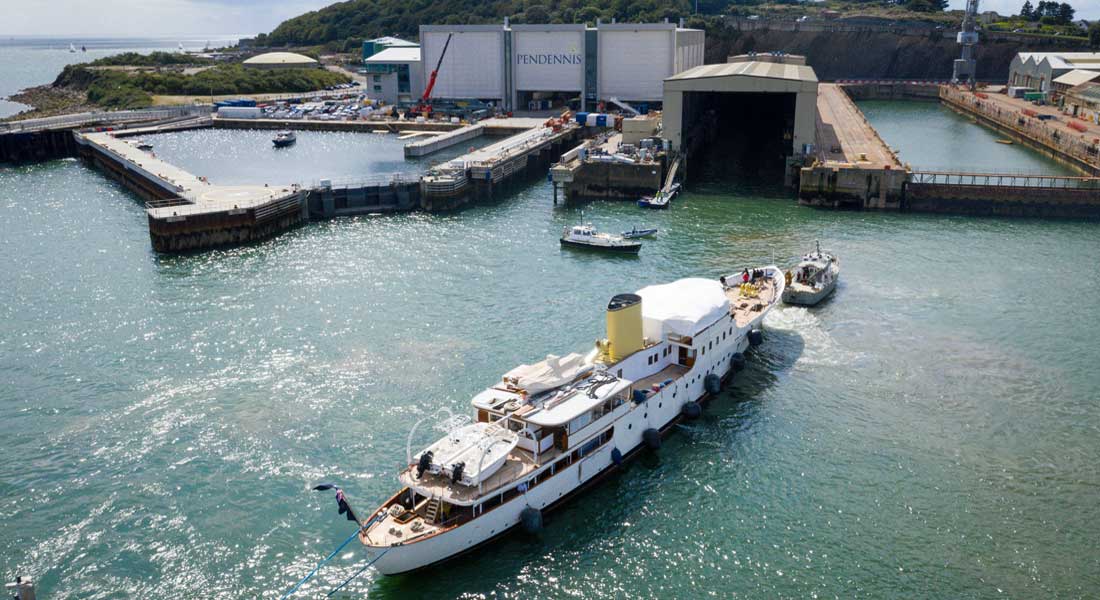 Of course, due to modern-day creature-comfort desires and operational necessities, some engineering alterations will affect the interior. Muza Lab, a London-based interior-design firm, is collaborating with Pendennis’ team to balance the needs. While specifics about the guest area are not available, Marala presently has seven staterooms for 13 passengers. These include three singles, two twins, two doubles, as well as the master suite.

Restoring classic megayachts has become a bit of a calling card for the shipyard’s refit team. In 2017, for example, it completed the restoration of Malahne, originally launched in 1937. Haida 1929, Shamrock V, and Fair Lady have also undergone refits and restorations at the yard.