You are here: Home / Yachts / Motoryachts / Istros, the Reconstruction and Restoration of a 1954 Feadship 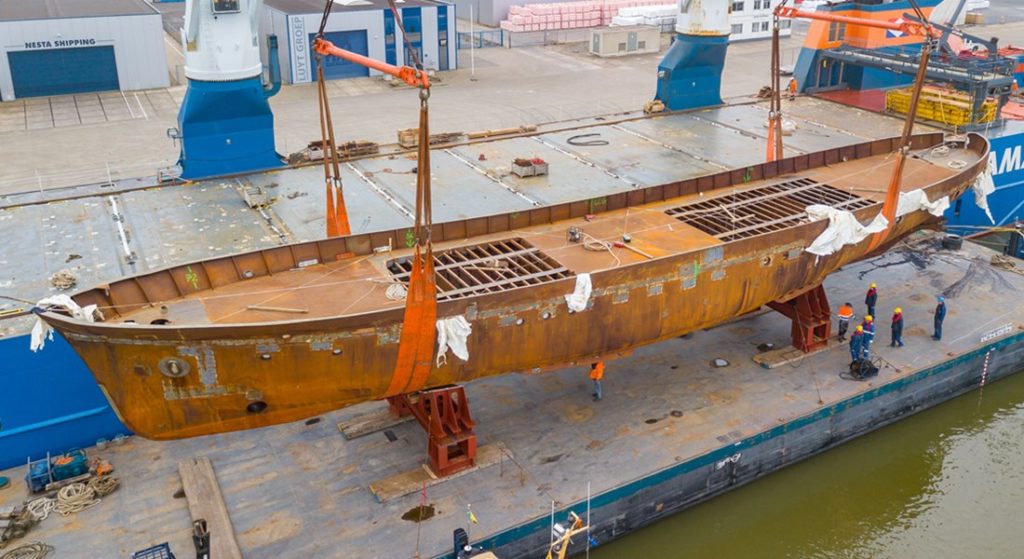 Imagine seeing a 138-foot (42-meter) megayacht cruising around 65 years ago. Even a yacht half that size was astounding. Now consider rebuilding that yacht in modern times, with just her hull remaining from the original construction. This is the story behind Istros, whose hull is a recent arrival at Feadship, her original builder, for the project to start.

Istros emerged from the de Vries Lentsch shipyard, one of the original Feadship yards, in 1954. As you can imagine, she was among the biggest yachts built in The Netherlands. Furthermore, her luxury features had newspapers waxing poetic about her. In fact, one reporter made special note of a phone permitting the owner to dial anyone, anywhere the yacht happened to be. Commissioned by a prominent Greek gentleman, Istros cruised throughout the Med for many decades. 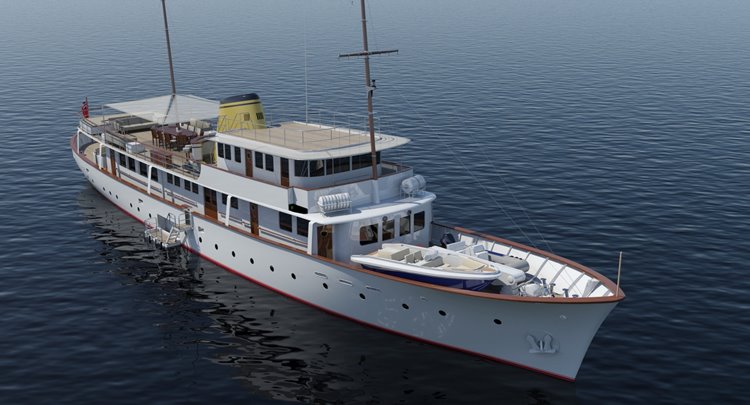 How she came to be in her current state is another story. In 2013, a buyer stepped forward to acquire the yacht, which was in need of restoration. A strong design team, including H2 Yacht Design and Laurent Giles Naval Architects, began work on her. However, work needed to cease due to financial issues for the owner. Istros sat, untouched, until yet another buyer acquired her around this time last year. That owner sent her to Malta for reconstruction, which included removing the original aluminum superstructure as well as stripping the hull.

Despite the rust visible in the photo, the hull of Istros is structurally sound. It arrived via barge at Feadship just this month. The current owner and the Feadship team collaborated to come up with the new design in the illustration. Faithful to her initial classic appeal, the yacht will, of course, have the modern conveniences owners, guests, and perhaps charter guests want. These include new Caterpillar C18 engines, which should permit cruising in the mid teens. Inside, meanwhile, the ambiance is family-friendly, particularly for kids, featuring a Scandinavian style.

Istros (“inspiration” in Greek) will begin cruising again by next summer.