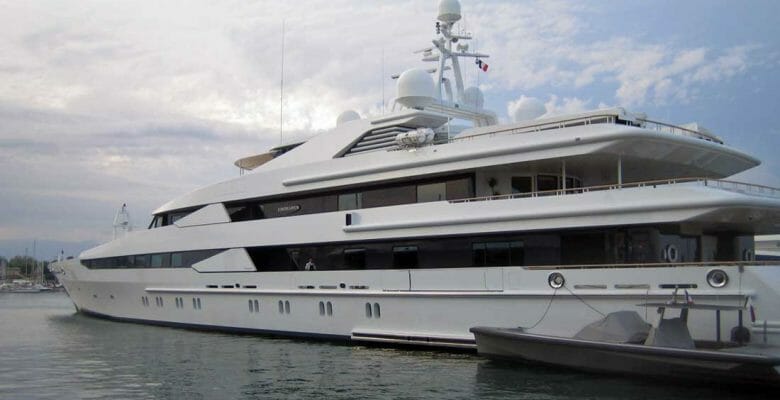 A fire at a shipyard in Qatar earlier this month has damaged, and perhaps even destroyed, three megayachts belonging to Middle Eastern royalty. While the full impact to the yachts is not clear at this point, the yachts themselves are Constellation (pictured), Maracunda, and Al Adaid.

However, according to the crew newspaper The Triton, a building at the yard did indeed catch fire. Sources inform the paper that the building collapsed on Constellation, as well as the two other yachts. A source further sent a photo to The Triton, identifying it as the shipyard on fire prior to the collapse.

In addition, Amiri Yachts, which manages Constellation, Maracunda, and Al Adaid, sent a statement to the newspaper, confirming the fire. Mahmoud Abdulla AlKhori, Amiri Yachts’ acting president, also indicated to the news outlet that damage did occur to the yachts. He did not elaborate, however.

We reached out to Amiri Yachts for further commentary, but did not receive a reply.

The extent of the damage remains known. An investigation is ongoing. No injuries apparently resulted, though.

Constellation, Maracunda, and Al Adaid are each long connected to the Qatari royal family. The 262-foot (80-meter) Constellation saw delivery from Oceanco in 1999, a time when yachts of her size were extraordinary. In fact, she was a sistership, to Stargate. Maracunda, meanwhile, dates to 1990, measuring 164 feet (50 meters) and seeing construction at CRN. Finally, Al Adaid, a Riva 115, launched in 2005.

We will report updates as they become available.