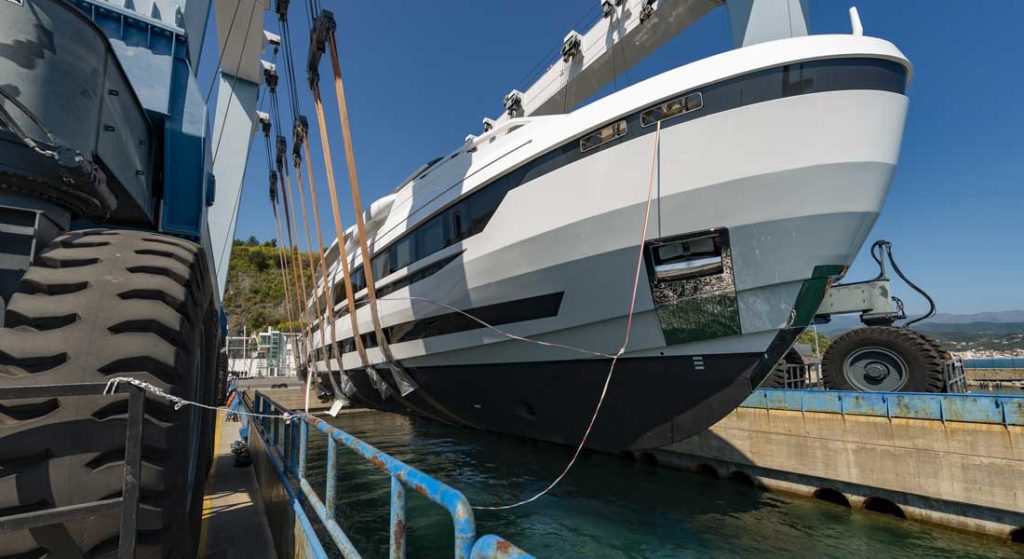 The launch of a new megayacht is a source of pride for her builder. But, the launch of L.A.U.L., which took place yesterday, is a special source of pride for Giuseppe Palumbo. The managing director of Palumbo Superyachts, Extra Yachts’ parent company, notes that she’s the third Extra launch of the year. Plus, she’s hull number one of the Extra 130 Alloy series. “In less than a year from the acquisition of the yard, we’ve managed to build a new-generation 40-meter boat,” he says.

Similar to those two models, L.A.U.L. emphasizes big capacities both inside and outside. For perspective, her beam is a healthy 27’6” (8.4 meters). Internal volume is healthy, too, at 390 gross tons. While floor-to-ceiling glass in the saloon helps make the area feel roomy, the owner and guests aboard L.A.U.L. will want to spend most of their time outside. The all-aluminum megayacht has a private pool fully forward, complemented by sunning and seating areas, for instance. Everyone can dine under the stars on the upper deck. For daytime or evening enjoyment here, L.A.U.L. additionally has a TV, bar, seating, and sunning spaces. 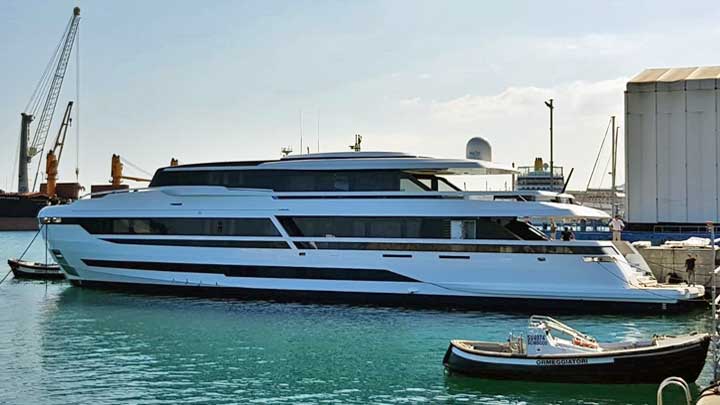 Active friends and family can take out a PWC, stowed in the tender garage. The garage holds a 17’6” (5.36-meter) tender, too. The six-person crew can deploy both toys relatively quickly, thanks to the hydraulically opening transom.

The yacht, with four guest staterooms and a main-deck master, premieres at the Monaco Yacht Show later this month.