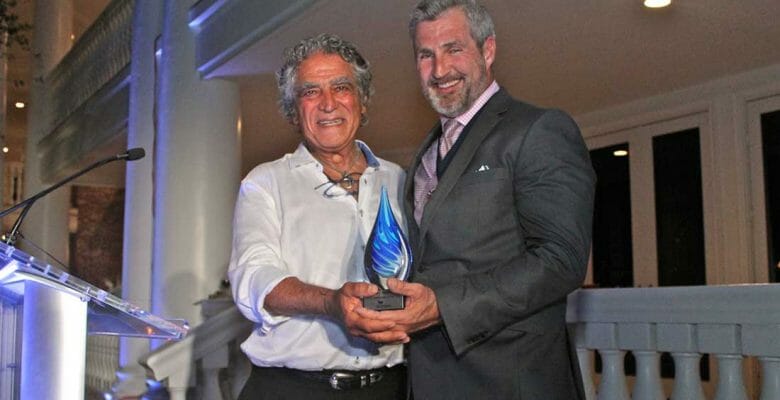 In 1998, the International SeaKeepers Society got its start, thanks to several yacht owners gravely concerned about the deterioration of the oceans. Back then, the group focused on developing scientific instruments and deploying them with the assistance of yachts. Since that time, SeaKeepers has broadened its focus, and its reach. Its 2019 Founders Event, held last week, revealed just how successful that widened approach has been.

These days, SeaKeepers concentrates on scientist-led expeditions, citizen science trips, educational-outreach programs, and community-engagement events. It attracts the attention of kindred spirits, too, and recognizes them for their extraordinary accomplishments. At the 2019 Founders Event, the SeaKeeper of the Year Award went to Amos Nachoum, a wildlife photographer, explorer, and conservationist. In fact, Nachoum (pictured above with SeaKeepers chairman Jay Wade) co-founded a marine national park on the Red Sea. Besides this, his photos and essays have appeared in global publications including National Geographic, Time, Life, Le Figaro, and Der Spiegel. In addition, Nachoum’s work has appeared in the books The Living Ocean, The World of Nature, and Oceans. Plus, he has won Nikon, Communication Arts, and BBC Wildlife Photographer of the Year awards. 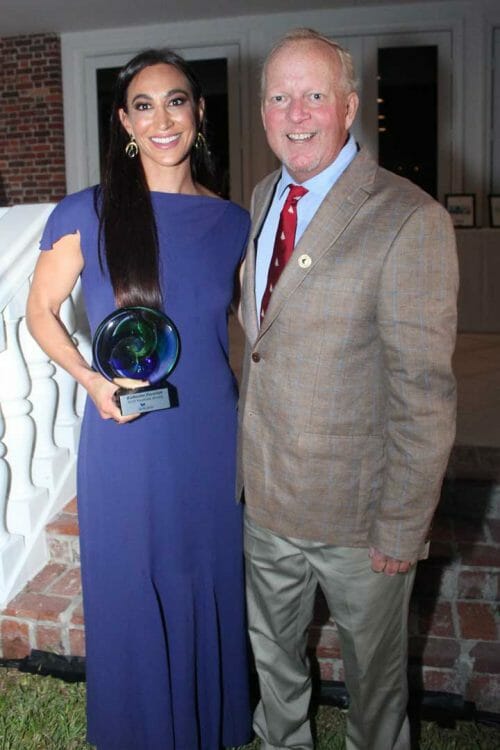 Besides Nachoum, SeaKeepers recognized the contributions of Katherine Zacarian (left, with SeaKeepers president and CEO Richard Snow). Specifically, she received its 2019 NextGen Award. Zacarian is a photographer and storyteller who uses social media to raise awareness about environmental challenges and the importance of conservation. She is also the founder of Planetary Health Solutions, which creates technological solutions for scientific observation, data analysis, and care of wild species.

MegayachtNews.com is among a number of media partners for SeaKeepers. Founder and editor Diane M. Byrne was named to the organization’s Women in Yachting Honorary Committee in 2014.