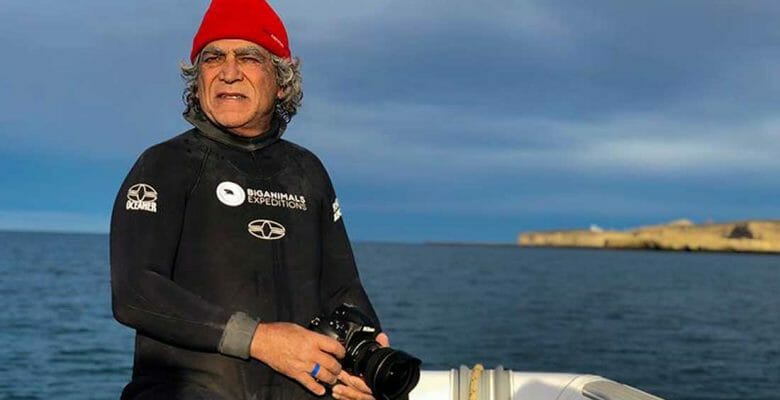 Every year, the International SeaKeepers Society honors those who honor the oceans. They include ocean-conservation advocates such as Prince Albert II, the biologist and author Dr. Sylvia Earle, superyacht owner Alexander Dreyfoos, as well as members of the famed Cousteau family, Jean-Michel and Fabien Cousteau. Next month, the non-profit presents its SeaKeeper of the Year award to Amos Nachoum, a renowned wildlife photographer and explorer.

The celebration takes place during the annual SeaKeepers Founders Dinner. Through photography and video, Nachoum has educated citizens worldwide about the plight of endangered ocean species. He is the president and co-founder of BigAnimals Global Expeditions, leading photography workshop excursions for novices and experts alike. To date, more than 3,500 people have participated, over a 40-year period. In fact, participants include individuals and corporate groups, including Apple, IBM, Discovery Channel, and Columbia Pictures.

Furthermore, Nachoum has published photos and essays in National Geographic, Time, The New York Times, and other international media. Plus, he served as the team leader for National Geographic to document the Red Sea, great white sharks, and killer whales. His interest in conservation began with sharks, too, though has since expanded to the most fragile species and regions.

Besides honoring Nachoum, the International SeaKeepers Society will recognize the contributions of its own conservation “fleet.” Several yachts and megayachts are part of its Discovery Yachts program, which assists scientists and researchers. Participating yacht owners donate time onboard in specific regions for scientists. Therefore, the yacht becomes a virtual floating lab. Simultaneously, owners and crew get to meet and learn from some of the world’s leading marine research scientists. They can even get directly involved in the data collection—and ultimately ocean preservation.

The SeaKeepers’ Founders Dinner is open to the public. Click the link below for more details.