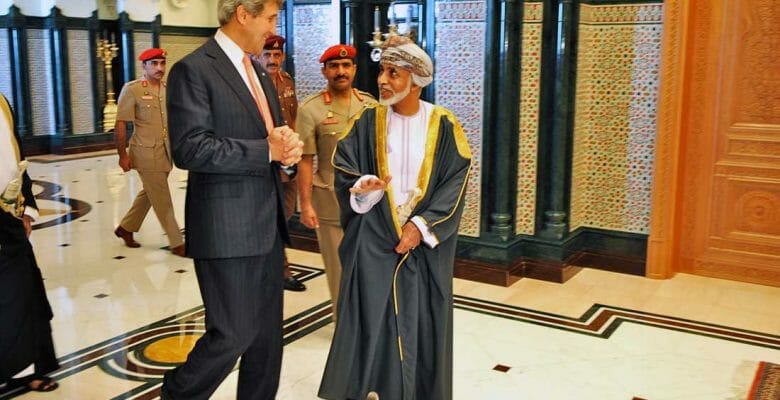 Sultan Qaboos bin Said, who has held the throne of Oman since seizing it in 1970, turning his country into a global diplomatic player, died last week. Additionally an avid superyacht owner, the sultan was 79 years old.

The Oman News Agency released an announcement last weekend. It did not mention his cause of death. However, multiple independent news agencies report that Qaboos had been seeking cancer treatments in Europe for the past several years.

In superyacht circles, Qaboos earned fame for commissioning large projects. In fact, he owned two of the world’s largest yachts at the time of his death. Al Said (below), a 508-foot (155-meter) Lürssen, launched in 2007. She began construction under the project name Sunflower. With design by Espen Øino, Al Said ranks as the sixth-largest yacht in the world. Interestingly, Fulk al Salamah, her support vessel, is larger. Launched in 2016 at Mariotti in Italy, Fulk al Salamah measures 538 feet (164 meters). She further replaces a same-named support vessel from 2008. Because Qaboos reserved the yachts solely for sovereign use, the interiors have never been photographed for release to the public. Regardless, this never stopped yacht watchers from snapping pictures as the duo appeared in Muscat or elsewhere.

It also never stopped some details about the projects from being revealed. For instance, Al Said (below) can accommodate nearly six-dozen guests. Furthermore, the megayacht reportedly has a mini concert hall onboard. Qaboos was well-known for his appreciation of music. He established a royal symphony orchestra, plus opened an opera house in Muscat. The monarch additionally reportedly played the organ and the lute.

The longest-serving Arab ruler, Qaboos was born on November 18, 1940, into the Al Said dynasty. His family had held power dating back to 1744. Qaboos received his education in England, returning home to Oman in 1965 and placed under virtual house arrest by his father. In 1970, at age 29, Qaboos pulled off a bloodless coup. The New York Times quoted him then as explaining, “I have watched with growing dismay and increasing anger the inability of my father to use the newfound wealth of this country for the needs of its people. That is why I have taken control.” Oman discovered oil on its own soil in the mid-1960s yet, despite the resulting wealth, remained isolated and poor.

Qaboos went on to use the oil wealth to develop infrastructure, ranging from paved roads to a university, hospitals, schools, ports, and a sports stadium. Furthermore, the sultan established diplomatic relations throughout the Arab region as well as with China, the Soviet Union, and the United States. Under Qaboos, Oman also joined the United Nations.

While Qaboos annually undertook a “meet the people tour” within Oman, he began appearing less in public as he grew older. On his 74th birthday in 2014, he appeared on TV to tell citizens he required medical treatments, without elaborating. Following this, he made frequent trips to Europe.

Qaboos was not married at the time of his death, and did not have children. According to Omani law, a family council announced his successor, Haitham bin Tariq Al Said. The 65-year-old is a cousin of Qaboos and was previously Oman’s culture minister. As for Al Said and Fulk Al Salamah, the yachts remain in Oman’s royal navy.