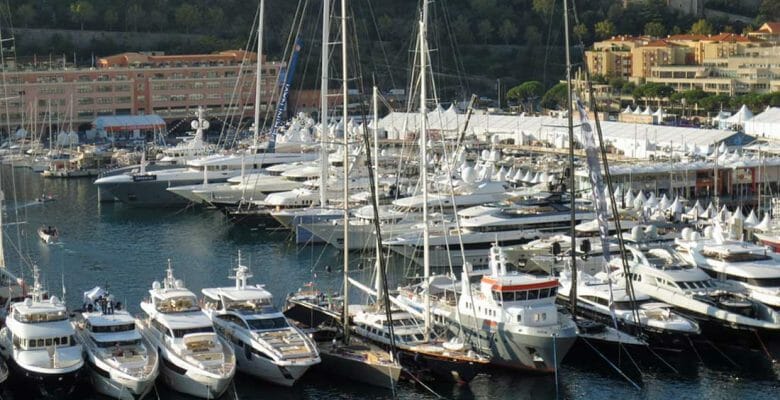 Despite more than two dozen exhibitors declining to participate due to COVID-19 concerns, the Monaco Yacht Show remains on schedule. In fact, the show producer states it intends to hold a smaller, not-for-profit event. The idea is to help the yachting industry recover from the virus’ economic impact.

Therefore, the Monaco Yacht Show remains set for the original dates of September 23 to 26. Informa, the international exhibition company which organizes it, says it’s collaborating with the Principality of Monaco “to determine how best to support the industry in 2020.” It points to how global yachting companies were impacted by lockdowns and other virus-containment measures, with some furloughing employees. In fact, Jean Castellini, Minister of Finance and Economy for Monaco, explains, “In the aftermath of COVID-19, it is the responsibility of the Monaco Government to do everything we can to help businesses and industries recover quickly.” Simultaneously, Informa says, the show team will “work with suppliers and local authorities over the coming weeks to confirm full details of the event.” These include making it more intimate.

These details include hygiene and other health measures, too. While the Monaco Yacht Show remains in Port Hercule, it will follow Informa’s AllSecure health and safety standard. According to an Informa spokesperson we contacted, Informa’s website will contain details on this standard within the next week. In the meantime, she says, the company is one of several that collaborated on a same-named, event-industry-wide set of standards and guidelines, on the Society of Independent Show Organizers website.

The Monaco show announcement comes one week after the Superyacht Builders Association (SYBAss) and the brokers organization LYBRA pulled out. In doing so, they primarily cited ongoing uncertainty over the virus. They therefore had concerns for their clients and their families, as well as their own members and members’ families. They further urged the show producer, Informa, to cancel the event. SYBAss’ 21 members include Abeking & Rasmussen, Baglietto, Benetti, Burger Boat Company, CRN, Delta Marine, Feadship, Lürssen, Perini Navi, and Royal Huisman. LYBRA, meanwhile, has eight members, including Burgess, Fraser Yachts, Northrop & Johnson, and Ocean Independence.