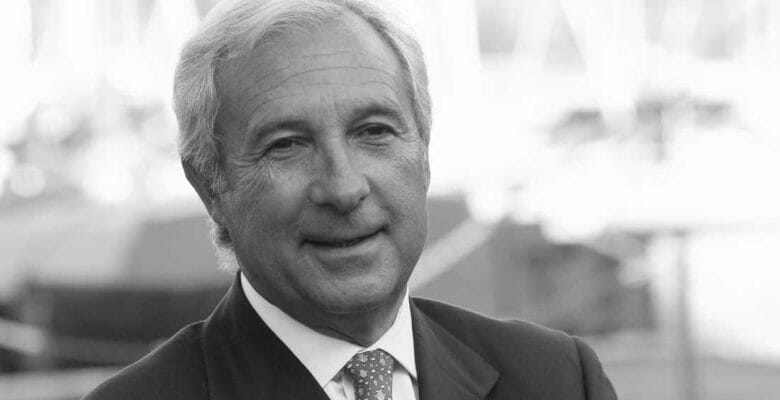 Giancarlo Ragnetti, the founder of Perini Navi who went on to oversee the famed sailing-superyacht builder for three decades, died on November 8 in Viareggio, Italy, which he had called home for nearly as long. He was 74 years old.

Born in Italy in the Marche area, along the Adriatic Coast, Ragnetti spent his entire career in the marine industry. After receiving an engineering degree, in the 1960s he worked for Cantiere Navale Mario Morini in Ancona. A powerhouse in commercial vessel construction, the yard was among the reasons why Ancona gained an international reputation for steel shipbuilding. (On a related side note, CRN acquired it in the 1980s to launch itself further into large-yacht construction.) While Ragnetti went on from there to work for RINA, he returned to vessel construction in the late 1970s, at Ortona Navi, which built private yachts.

It was a pivotal move. Ragnetti met Fabio Perini, an Italian entrepreneur with a bold mind in mechanical engineering. Perini patented machinery to automatically cut tissue paper at the ripe age of 20. In yachting, Perini is, of course, famous for lending his name to the Perini Navi shipyard, Perini Navi opened its doors in Viareggio in 1983, with Ragnetti as the managing director. He remained in the position for the following 30 years, too. During that time, Perini Navi gained an international reputation for its sailing superyachts. The yachts became as known for cruising as they did racing, particularly with the creation of the Perini Navi Cup in 2004.

While Perini Navi yachts went on to win abundant awards, Ragnetti earned one himself. The International Superyacht Society bestowed its annual Leadership Award upon him in 2013, the year he retired. The award goes to an individual or business responsible for sustainable growth of the global superyacht community.

Even though Ragnetti retired from day-to-day business, he remained active in the industry. He was a director for the Italian marine-industry trade association Confindustria Nautica from 2011 to 2015, for example.

Ragnetti leaves behind his wife, Raffaella, and his two daughters, Francesca and Simone. On its Facebook page, Perini Navi shared the following:

Giancarlo was synonymous, for our industry’s stakeholders, with the unique position he helped to create for his company. But his humility and humanity will be the traits best remembered by all the employees, subcontractors, suppliers, industry stakeholders, and owners – with whom we share his loss.