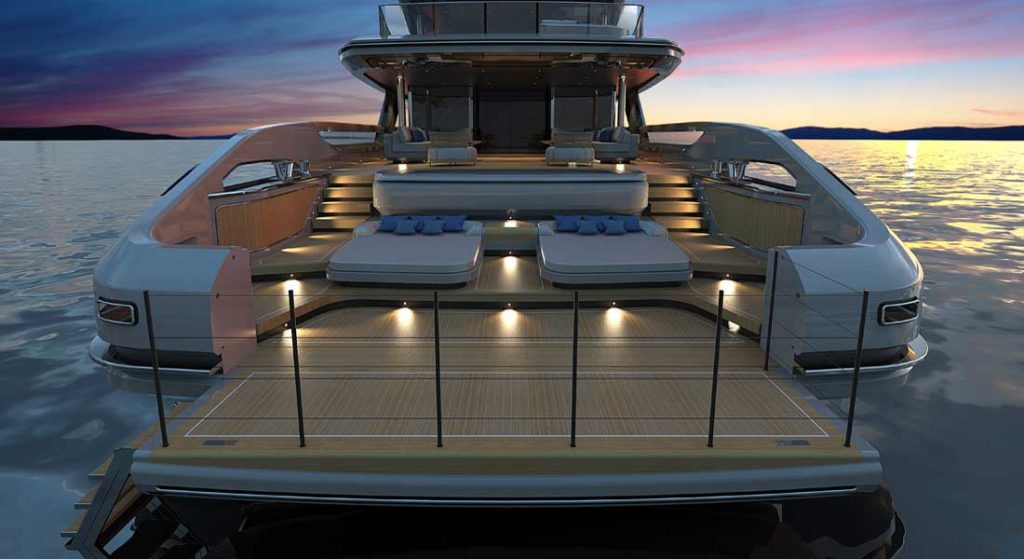 Baglietto is unveiling some significant makeovers of proven series, while also introducing a new line. The aptly named Superfast series joins the newly redesigned Baglietto T-Line and Fast series of yachts. All of this is taking place under a new management team, too.

The past several years have seen a number of T-Line deliveries, including Severin°s. The model name stems from the yachts being traditional (the “T” in “T-Line”) displacement cruisers. One change is that now, they’ll be 171 to 213 feet (52 and 65 meters). The shipyard anticipates the 171-footer to see a range of 3,600 nautical miles around 12 knots with twin MTUs. Since she’ll have hybrid propulsion, diesel-electric mode should permit range to jump to 7,600 nautical miles. Furthermore, battery-only mode at anchor will keep hotel loads powered for 10 hours. 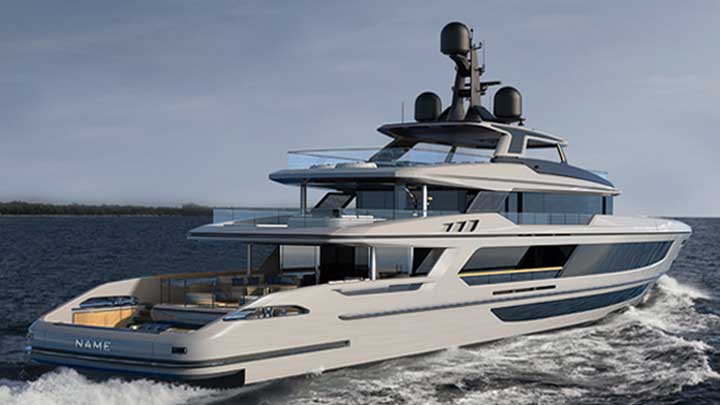 European customers signed a contract for the first 171-footer within the past six months. The shipyard is building a second hull on spec as well. These two projects will debut the newly redesigned Baglietto T-Line styling, by Francesco Paszkowski Design. While still blending classic Baglietto characteristics with contemporary features, they reveal dramatic differences. Significantly, the transom is nearly entirely open, with three cascading levels (top and above). It also has a shallow-height bulkhead folding out to extend the beach area. Also, a pool on the uppermost level (below) becomes unobtrusive extra deck space when not in use, topped with decking and rimmed by rails.

Forward, meanwhile, the newly redesigned Baglietto T-Line has a retractable stairway connecting the sun deck to the bow leisure area. Interestingly, Francesco Paszkowski says that these bow areas are underutilized. So, the stairs should improve interaction and therefore enjoyment. Finally, the under-500-gross-ton megayacht has slide-open glass walls on three sides of the upper-deck lounge.

It’s worth noting that Paskowski has collaborated with Baglietto for more than two decades. No surprise, then, that he’s further responsible for the new Baglietto Fast and Superfast lines. They range in size from 131 to 164 feet (40 to 50 meters). All are entirely aluminum, with two designs approaching final stages. Specifically, they’re a 48 M Fast (158 feet) and a 50 M Superfast (164 feet). Although final data isn’t yet available, expect the 50 M Superfast, with waterjets and a central booster, to see speeds close to 30 knots. On a related subject, Baglietto signed a 42 M Fast (138-footer) in the past six months. 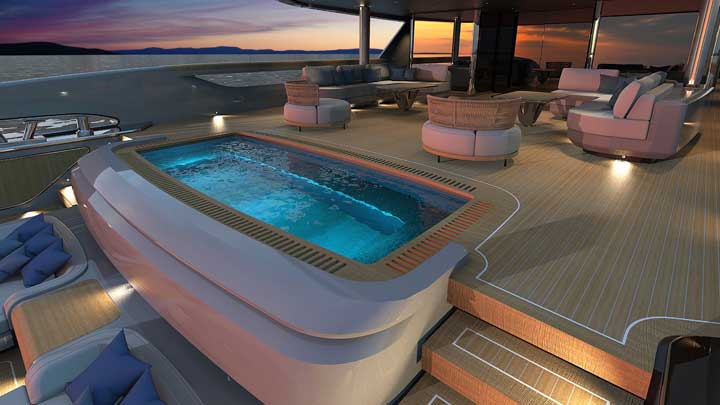 Overseeing these developments is the new management team. It includes Diego Michele Deprati as the new CEO. Deprati was actually Baglietto’s CEO previously, several years ago. In fact, he was onboard when the shipyard emerged from bankruptcy in 2012 under the Gavio Group. (The Group still owns it today.) Fabio Ermetto, meanwhile, is the new chief commercial officer. Ermetto is a familiar face in the megayacht sector, having worked with companies like Benetti, Fraser Yachts, and most recently Camper & Nicholsons. Ermetto is directly overseeing new series development.

Furthermore, he’s doing so with a new operations chief and technical director. The former is Luca Ghirlanda, who has spent the past two decades working with several major Italian yards. The technical director, Guido Penco, has been responsible for the engineering design of Bagliettos over the past 20 years. For the future, he’ll lead the in-house research and development department in seeking alternative propulsion solutions.