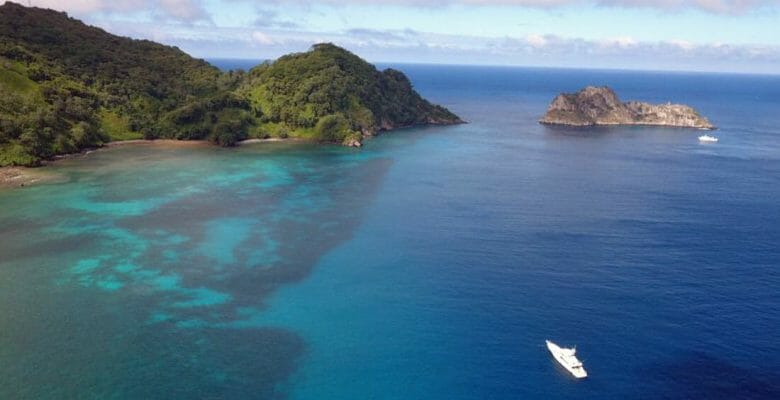 Thanks to a law signed in April, foreign-flagged yachts can charter and stay up to a year in Costa Rica. The milestone ruling comes after significant support from Origen Escapes. The adventure-travel company has more than 20 years of experience handling all aspects of megayacht itineraries. “Yachting provides unlimited access to Costa Rica’s hundreds of beaches, bays, coves, and islands along the roughly 800-mile-long Pacific coastline, considered one of the richest ecosystems on the planet,” says Ofer Ketter, Origen Escapes’ co-founder. In fact, Costa Rica is home to five percent of the world’s biodiversity, within only 0.03 percent of its surface. Given the growing number of marinas from Papagayo to Golfito, Origen Escapes offers land and sea itineraries to explore with ease. Here’s its insider’s guide to the three best Costa Rica cruising and charter anchorages. 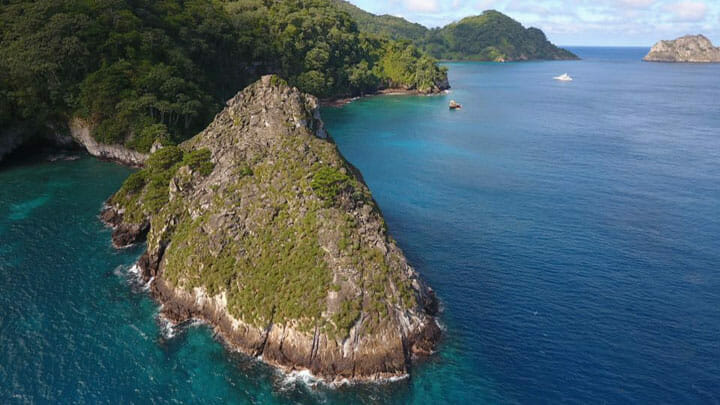 Cocos Island. Named one of the world’s top 10 scuba diving spots by PADI, Cocos Island (top and above) is a UNESCO World Heritage Site. It’s home to a rainforest and protected marine park. You can swim among hammerhead sharks, giant manta rays, moray eels, sea turtles, and dolphins. After a visit in the mid-90s, Jacques Cousteau declared the small volcanic isle “the most beautiful island in the world.”

For the ultimate underwater adventure, however, plunge 1,500 feet in a deep-sea sub. Origen Escapes has access to craft carrying a pilot and two passengers on two dives per day. The subs offer a 360-degree field of vision, too. Additionally, the crew films every dive and shares the footage with marine biologists at the University of Costa Rica and leading oceanographers and scientists. 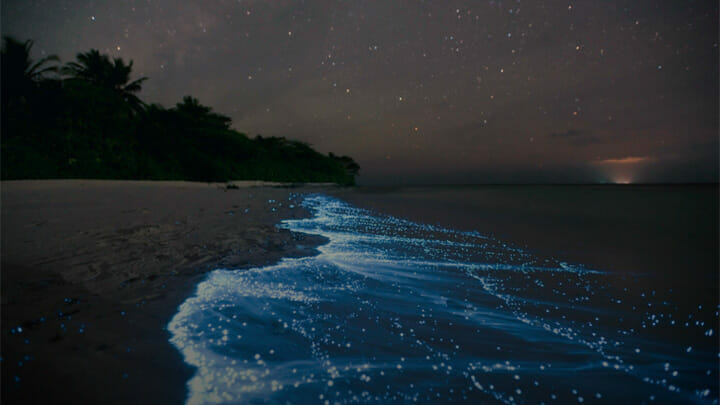 Osa Peninsula. Head to the cerulean waters of Caño Island Biological Reserve and Drake’s Bay to explore an underwater playground of caves, cliffs, and reefs. It’s a top diving and snorkeling spot. It shelters green sea turtles, for instance, plus humpback whales, spotted and bottlenose dolphins, and spinner dolphin megapods. En route to the tropical waters of Golfo Dulce, cruise the open ocean and swim with superpods of more than 3,000 spinner dolphins. Named for their impressive acrobats, they breach, spin, and twist multiple times in the air in just one jump.

Golfo Dulce is a must for Costa Rica cruising and charter trips for more reasons as well. It’s one of only four tropical fjords on the planet, for example. It’s also the only place where both northern and southern humpback whales come to breed. Paddle impressive mangrove forests filled with bird and sea life. When daylight vanishes, float in the warm, bioluminescent waters (above), sparkling like stars in an oceanic constellation. Land excursions are no less thrilling, either. Horseback ride through the humming rainforest to rappel a 100-foot waterfall into a swimming hole. Then, climb a 200-foot strangler Fiscus tree for a striking bird’s-eye view across the countryside to the ocean. 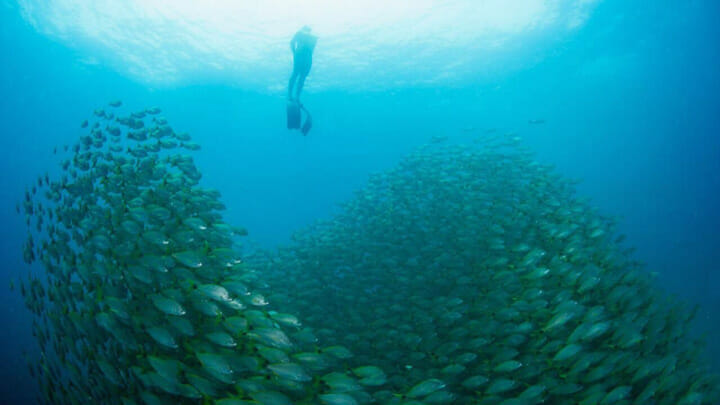 Gulf of Papagayo. These waters are further snorkeling and diving hotspots. Located in the province of Guanacaste, the Gulf of Papagayo offers some of the Pacific Ocean’s most interesting marine diversity. Santa Elena Peninsula, a UNESCO World Heritage Site due to its unique geological characteristics, is particularly famous. When diving the Bat Islands archipelago (above), it’s not unusual to see sailfish, giant pacific manta rays, whale sharks, and bull sharks. In the Catalina Islands, meanwhile, ogle giant pacific manta rays, tip reef sharks, sea turtles, dolphins, eels, and puffer fish.

Also plan to visit Papagayo Marina on your Costa Rica cruising and charter trip. It offers access custom expeditions, including scenic helicopter flights over cloud-tickling volcanoes, whitewater rafting through wild landscapes, and surfing mapped-out break points with an expert guide. In rural villages, the friendly “Tico” locals treat you to an up-close look at countryside culture and folklore.