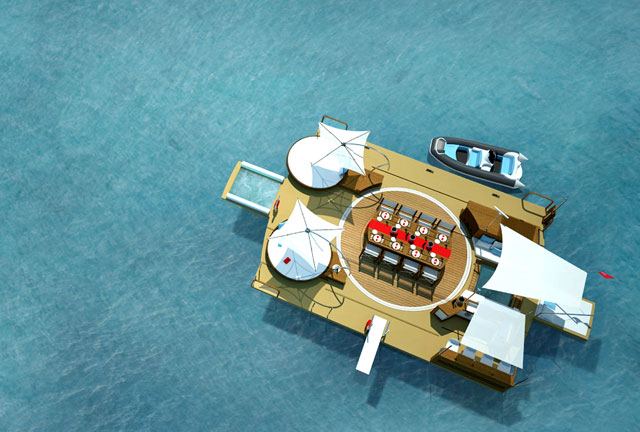 Here’s a megayacht tender concept that could very well become a reality: the Recreational Island, designed by Henry Ward of Henry Ward Design.

Ward created the Recreational Island for his final year school project in 2011. The idea was to create a twist on the traditional watertoy. Ward envisioned a floating platform that could be used as an extension of the swim platform or, better yet, towed to shallow water where the yacht can’t venture and used independently of her. There, the Recreational Island gets set up with tables and chairs, sun cushions… you name it. Owners and guests can use it as alfresco dining area steps from shore, or just an all-around relaxation spot. Or, given that the Recreational Island measures a healthy 33 feet by 26 feet (10 meters by eight meters), there’s plenty of room to do both. Four anchors hold it in place.

Of course, Ward didn’t forget about practicality. The Recreational Island gets stowed, folded in half, in a traditional aft or side tender garage. When ready for use, it’s deployed via the same overhead cranes as typical tenders do. One of the yacht’s primary tenders would then tow it to wherever the owners and guests wish to use it.

Anticipating that production will start, Eco Yacht Toys is assisting the designers in fielding inquiries for the Recreational Island. For further details directly from any of the companies, fill out our contact form. 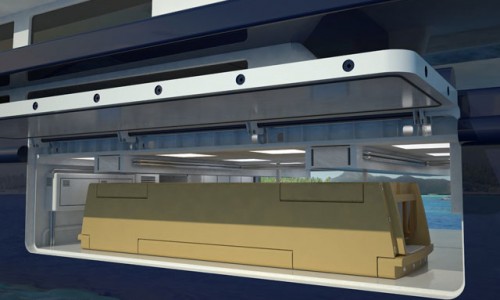 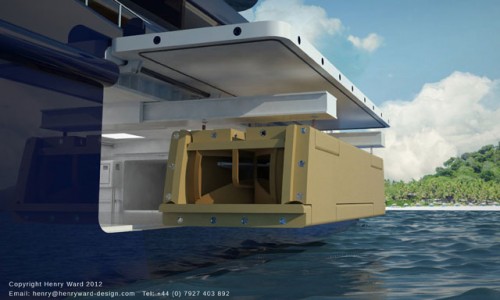 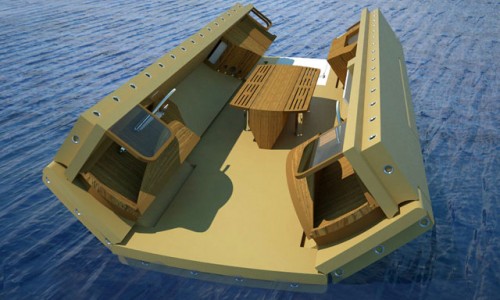 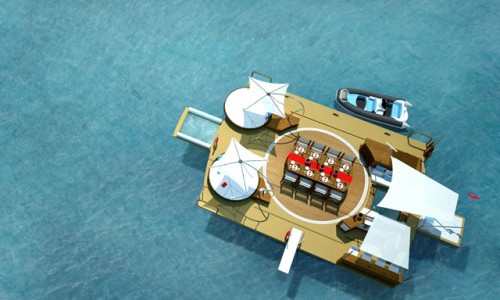 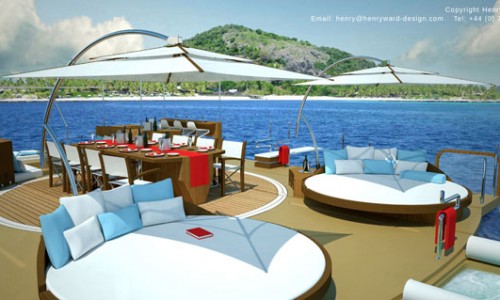