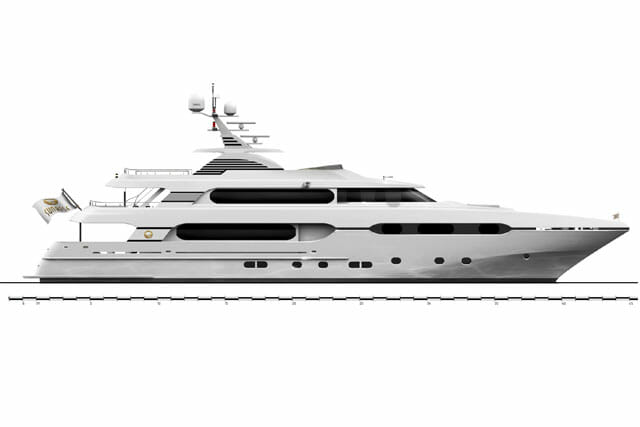 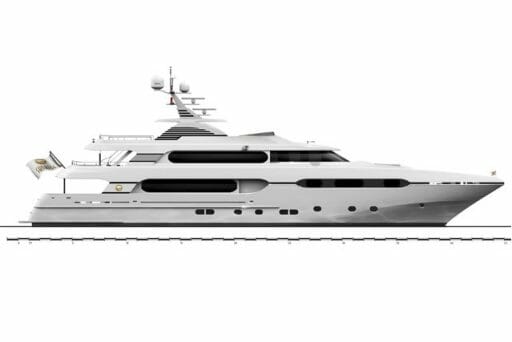 About a year from now, a North American megayacht buyer will take delivery of Sunset, a 147-footer (45-meter) from Sunrise Yachts.

The trideck megayacht is largely based on Sunrise Yachts’ Africa, which was delivered in 2009. Like that megayacht, Sunset features engineering by Studio Scanu and technical highlights like a systems tunnel, which stretches from the engine room to the bow thruster area fully forward. Back in 2009, and even today, the number of megayachts in this size range with this type of access is rare. Sunset further has a beam of 29’2” (8.93 meters).

Because Sunrise Yachts already completed Sunset’s steel hull and aluminum superstructure in anticipation of selling the project, the owner is able to take advantage of a quicker than normal delivery time. While the shortened waiting period surely played a role in his decision, more so, the owner was convinced to sign the contract with Sunrise Yachts after visiting the facility. In a statement released by the shipyard, he says, “I have to say that neither myself nor my consultants were expecting to see such a large and modern facility, integrating a full engineering office and filled with new construction projects. What impressed me the most is the spirit of genuine love for their craft that pervades the team.”

For Sunset’s interior, the owner is tapping Franck Darnet Design, a firm that previously worked with Sunrise on Africa. Unlike Africa, however, Sunset will have mostly light and bright tones throughout, from the woodwork to the fabrics. Ten guests and nine crewmembers will be accommodated aboard the 499-gross-ton yacht, which should further see a 4,000-nautical-mile range at 12 knots, powered by twin MTUs.

You’ll have a chance to see the Lloyds-classed Sunset for yourself at both the Monaco Yacht Show and Fort Lauderdale International Boat Show in 2014.