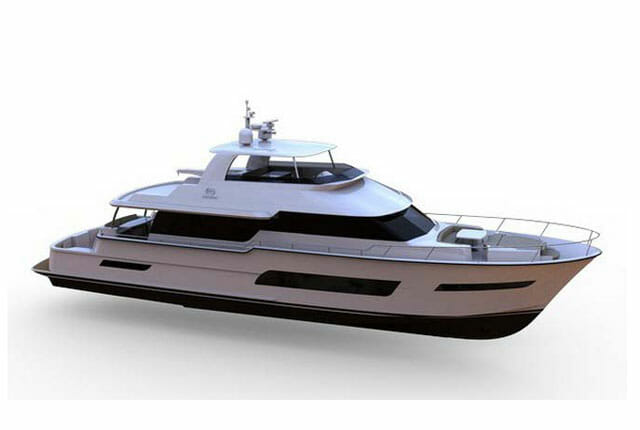 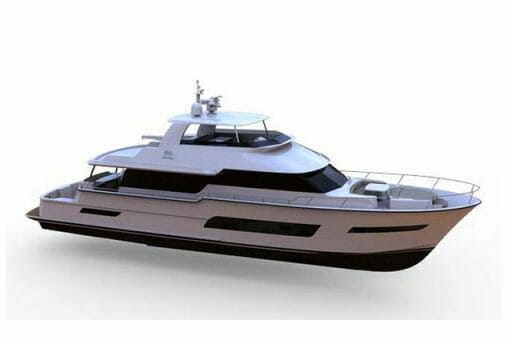 The Horizon V Series previously included the V68 and V74. Given the similarities in size to them, the V72 and V80 are replacing the models. Horizon says that while buyers liked the prior yachts, they wanted more volume. In keeping with the growing trend of increasing internal light, there are further larger ports. Another nice addition, also on both new models: a foredeck seating/dining/sunning spot.

The number of regular guests might dictate which model you’ll buy. Three staterooms are aboard the V72, with four on the V80. Each features a full-beam master. With the V80, you gain a forward VIP. Another good alteration, on both models, is the dedicated internal stairway from the saloon to crew’s quarters. Some American yacht buyers may decide to run the yachts by themselves. It’s not uncommon on the West Coast, for example. However, the crew cabin is handy to have. Some hands-on yacht buyers also find that their kids like using the aft crew cabin, since it’s separate from the grown-ups.

As for the V80, the first hull is not yet complete. The megayacht will measure 81’3” (24.79 meters). Beam will be the same as that for the V72. The biggest difference in comparison to her smaller sister is the cockpit. Buyers who like to wet a line on occasion will appreciate it. But cockpit motoryachts also hold great appeal for their alfresco space and general style.

Expected performance figures have not been released by Horizon. However, based on previous models, we’d expect speeds in the low-20-knot range. Both the V72 and V80 feature twin 1,150-hp Caterpillars.