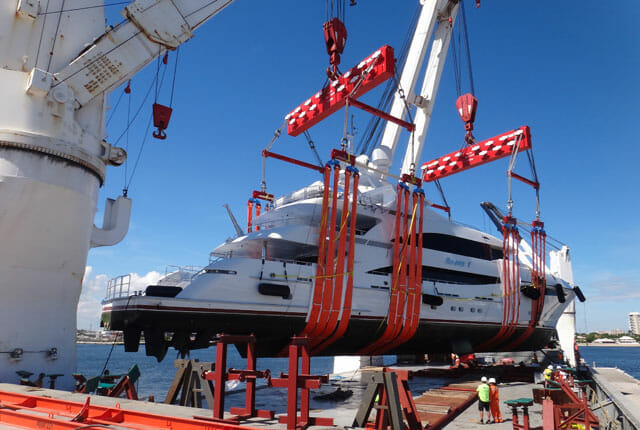 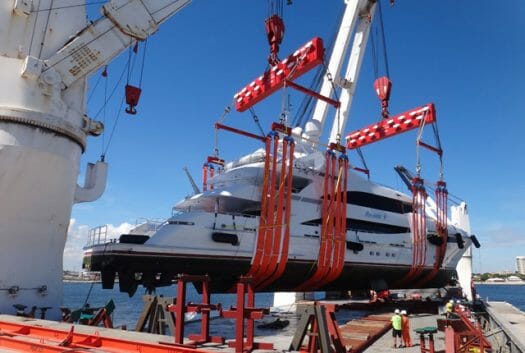 Following the initial announcement in June, the new route to Australia for Peters & May’s yacht-transport operations will depart the United States in October.

The sailing will be to the east coast of Australia, resulting from a marked increase in inquiries over the past year. Departure points are Newport, Rhode Island and then Fort Lauderdale. Of course, yachts and megayachts heading back stateside can board with Peters & May starting in mid-January. Peters & May is coordinating the transports with Aurora Global Logistics, its Australia-based agent. The newly opened Peters & May Fort Lauderdale office and UK headquarters are remaining involved in the details as well.

Peters & May is additionally creating Europe-to-Australia routes. This will allow yachts and megayachts summering in the Med to enjoy the same season Down Under. One loading will start in late August, first in Southampton, England. The same Peters & May carrier will stop in Antwerp before continuing on to Australia. Peters & May estimates the journey will take 35 to 45 days. Offloading will occur in Sydney and Brisbane. Additional, separate loadings will start in mid-September in Palma de Mallorca and Genoa.

Peters & May states that overall, it transports more than 6,000 boats and yachts each year. It operates in more than 150 ports worldwide. It is contracted by private owners, racing teams, boatbuilders, and brokerage houses. The latter two categories include Sunseeker, Princess, and Burgess. Generally, the megayachts that it transports are between 131 and 213 feet (40 and 65 meters, respectively). Pictured above is the 166’10” (50.9-meter) Reem 1 when she was being delivered last autumn from the United States to her owner by Trinity Yachts. Peters & May employs custom-made slings to load and offload yachts.