You are here: Home / Events / Peters & May Pink Lashings, for Breast Cancer Cause 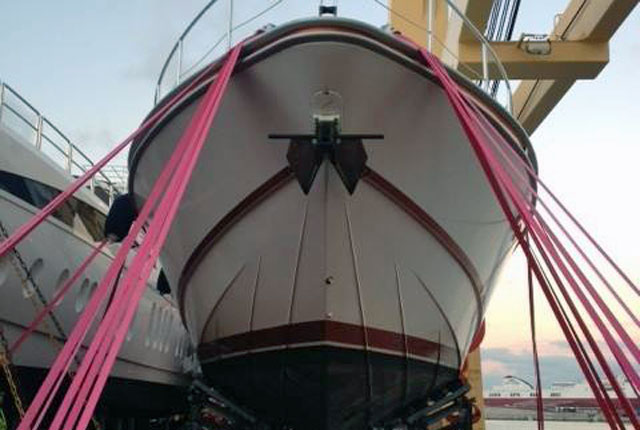 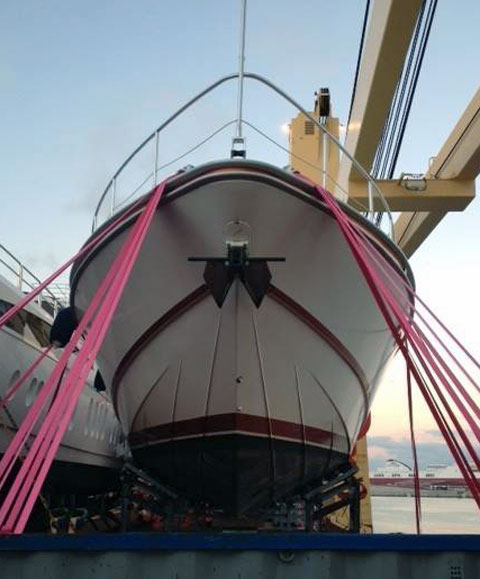 Yachts and megayachts being transported by Peters & May through the winter have a colorful option, for a good cause, for their lashings. The company is offering pink straps in an effort to raise £25,000 (about $39,800) for a breast cancer charity.

Specifically, the Peters & May Pink Lashings effort is to benefit Breast Cancer Clinical Trials (BCCT). The charity, with a trials facility north of London, has raised millions for research and equipment purchasing. The transport company holds a number of fund-raising initiatives each year for BCCT. Dave Holley, CEO of Peters & May, lost his own mother to breast cancer, so BCCT is personally of great importance.

Here’s how the Pink Lashings effort works. For an extra £5 per strap, yacht owners can have the specially made lashings (the exact pink tone that BCCT uses in its literature) secure their yacht onboard the transport vessels. Peters & May matches the funds, thereby donating £10 per strap to the charity. Considering an 80-footer requires about 50 lashings, the total funds donated per yacht are significant. Each yacht owner will also receive a photo of their yacht on the Peters & May ship and a letter of thanks from BCCT.

The first yacht to show off the Pink Lashings is a 76-foot (23-meter) Leopard, pictured above. Peters & May loaded her in Palma earlier this month. The owner provided a statement to Peters & May: “As soon as the team at Peters & May mentioned this initiative during the booking process, I immediately took the chance to be the first yacht secured with the distinctive pink lashings. I’m thrilled to be supporting such a brilliant cause, and hope that many other boat owners will follow in my footsteps.”

The transport ship is en route to Fort Lauderdale, expected to arrive on the 20th. Peters & May is posting voyage updates on its Facebook and Twitter pages. You can find all updates on either social media site by using the hashtag #PandMPink.

In the meantime, Peters & May is continuing to promote the Pink Lashings initiative. Owners still have time to take advantage of it and lend support to a worthy cause.