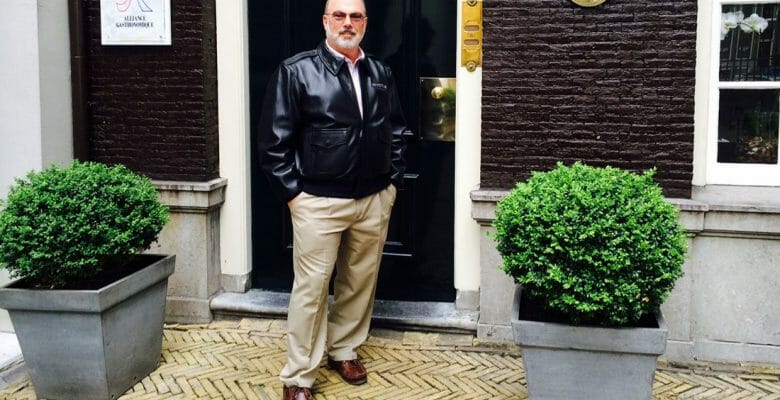 When Jay Miner signed on as a deckhand on an 86-foot motoryacht straight after college, he had no idea he had entered the industry where he would leave a lasting mark. Miner took the steward job as “a lark and to decompress” after four years of studying naval architecture at the University of Michigan. After learning what it was like to be a crewmember, Miner moved to San Francisco, working with Chevron Shipping Company for a year, and then to Seattle, where he worked as a naval architect with two commercial shipdesign firms. He eventually became a field engineer in a local shipyard, overseeing the construction and class certifications of a 350-foot chemical tanker. After that project was complete, Miner and his wife took a nine-month trip to Hawaii aboard a sailboat they built themselves. Eventually returning to Seattle, Miner joined Delta Marine in 1987, which was transitioning from a builder of commercial fishing vessels to a yacht builder. In this Leadership Series interview, he shares how the Delta Design Group of Delta Marine operates, and why he believes the craftspeople on the shop floor are customers, too.

MegayachtNews.com: What was Delta like when you joined in 1987?

Jay Miner: The company was still old school. It had built hundreds of commercial fishing boats. We were building completely in fiberglass, using hand-lamination techniques in molds built by hand out of timber and plywood. Some of the production people had started their careers in wooden boatbuilding, so the molds were masterfully crafted. The drawings to produce the vessels were still drawn by hand on vellum. We used ship’s curves, battens, and spline weights, which had been the tradition of design for over a century. There were three of us in the design department, myself and another young fellow, and the senior naval architect, John Schubert. He was nearing retirement. We introduced computers and CAD to the department during the first two years. John gave us his blessing, but declined to participate. Now, of course, all the designs are done in 3D software, the molds are mostly built with computer-controlled, 5-axis mills, and the parts are resin-infused. It’s a remarkable change when I look back. But I sometimes miss the ship’s curves and battens because of the maritime tradition they represent.

Jay Miner: The facility has expanded significantly over the years. The owners have made a priority of reinvesting profits into capital improvements. When I joined, we were pushing the limits of our buildings with a 120-foot yacht. Now we can fit one approaching 100 meters inside our largest finish bay. We’ve also expanded all production shops with new and automated equipment, while investing in advanced skills training for the employees. In engineering, we’ve gone from our initial two seats of CAD to 30.

MegayachtNews.com: Can you explain the organization and function of the Delta Design Group?

Jay Miner: We are not an autonomous group, but an integrated component of a larger organization. Our obligation is to support the process here at Delta, from the client interaction during the preliminary design to supporting the day-to-day needs of the shop floor. Within the group, we offer turnkey capabilities, from concept design and full technical development to the final construction drawings. On some projects, we deliver a full array of services. In other cases, the client brings team members along—frequently an outside designer who has already worked with the client. In that situation, it is our job to integrate their contributions seamlessly into the total efforts. Whatever works for the client works for us.

MegayachtNews.com: Are there advantages to being in-house?

Jay Miner: I have always emphasized to department members that the people on the shop floor are also our customers. They can’t build the yachts unless we produce accurate and timely information. We consider their knowledge and skills valuable resources. A significant benefit of being part of this design team is our immediate access to the production people, and the experience of working side-by-side through the build process.

MegayachtNews.com: Besides technology, how is yacht design different than when you started?

Jay Miner: When I joined, we had two major reference volumes—one for ABS rules for fiberglass vessels and the U.S. Code of Federal Regulations that covered safety equipment and Subchapter T vessels. We’re now building to numerous flag registries, complying with Commercial Yacht Codes and many international safety and environmental regulations. It has become a complex matrix of overlapping authorities. Keeping track of this and finding a way to keep all the boxes checked has become a major effort. It continues to be a moving target for everyone in this industry.

MegayachtNews.com: And your clients, how have they changed in the last five years?

Jay Miner: Clients vary greatly from project to project. It’s very hard to generalize about them. Some are motivated more by the aesthetics, while others are more focused on the technical. Part of the challenge of this business is to understand what is important to each client and then respond to their priorities, while still making the process fun.

MegayachtNews.com: What about the yachts? How have they changed?

Jay Miner: Certainly the yachts have gotten more complex over the years. The general standard for quality, capability, and performance has been raised continuously since I started at Delta. The entertainment and security systems have reached the point where a yacht needs a specialist crewmember on board to maintain responsibility for them. The expectation for uninterrupted communication virtually anywhere in the world is now the new standard. The standards for acoustics and privacy are now higher than even five years ago, with targets getting ever tougher. Without these continuous advances, there would be a lot less interest in building new yachts.

MegayachtNews.com: Do you have any personal favorites among the yachts your department has designed?

Jay Miner: Rather than single out specific projects, I think the biggest contributor to our successful design has been the application of Finite Element Analysis (FEA) in our structures. I think we were one of the first yacht builders anywhere to bring this in-house. It gives us a powerful tool to understand how each vessel’s structures works, in both macro and micro scales. We can optimize structures for weight, stiffness and resonant frequency in ways that were simply not possible before. FEA has been invaluable for the toughest projects where the design includes large expanses of glass and open floor plans.

MegayachtNews.com: Getting back to the favorite yachts question, how about Laurel? Wasn’t it a technical feat to build the world’s first superyacht with a superstructure made entirely of composites?

Jay Miner: It certainly opened doors for us. But it was not that difficult to engineer and build. We had the people, tools, and experience. It was more of a challenge to work through the approval process with the regulatory bodies since it was new territory. But it was good discipline for all parties to work through the technical aspects in detail on a cooperative basis. It gave us a great foundation for future projects.

MegayachtNews.com: Do you expect to build a composite yacht over 200 feet anytime soon?

Jay Miner: There is no magic about 200 feet as a technical limit, but more of a question of teaming up with a client who has the design and budget for such a project. We’re ready when and if that happens.

MegayachtNews.com: Do you ever expect to build mega-size megayachts over 90 meters?

Jay Miner: Given the present size of the facility, our sweet spot for large metal-hulled projects is probably more in the 60- to 85-meter range. We don’t necessarily want to build the biggest. We want to build the best. The basic structure is here, both organizationally and with the physical infrastructure, but there is no incentive for expansion for expansion’s sake. We think the demand for the sizes we have been building is a good place to be.