You are here: Home / Yachts / Motoryachts / The Rebuild-a of Berilda 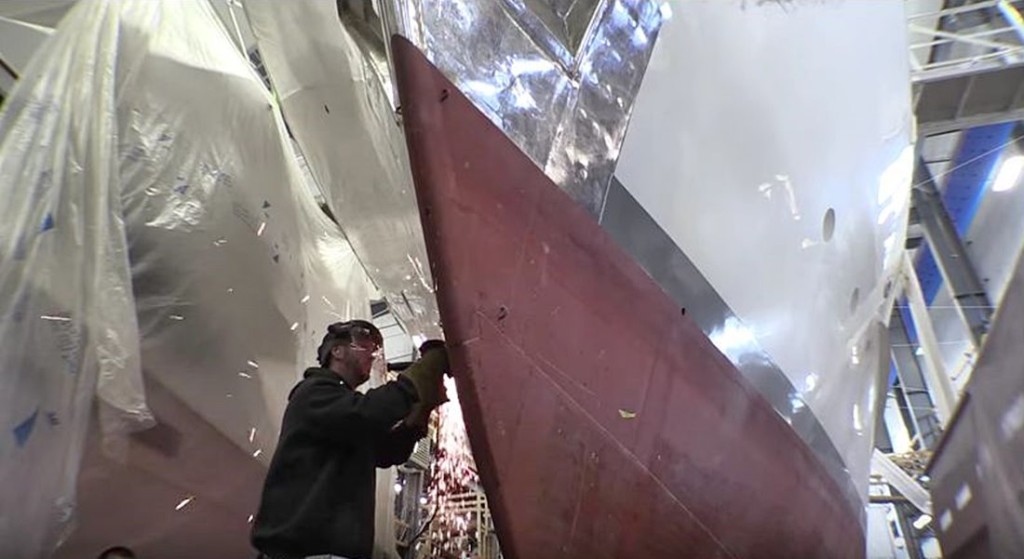 Some refits are really more accurately called rebuilds. In the case of the 38-year-old motoryacht Berilda, she’s called something else. Due to her extensive checklist and her name, her owners have coined the phrase “the rebuild-a of Berilda.”

Having been at Front Street Shipyard since last fall, and departing this summer, Berilda is undergoing an extraordinary amount of work. The 125’10” (38.4-meter) megayacht is having hull plating replaced. The entire yacht has been gutted, too, to allow for several interior significant changes. For one, the owners want to make as much use as possible of Berilda’s beam. Cabinetry that previously lined a side of the saloon will not return. Furthermore, the owners want to maximize headroom. Front Street Shipyard’s staff worked out the logistics of that while including the more modern systems that Berilda needs. Plus, the master stateroom is moving from below decks to the main deck. “It’s great,” says J.B. Turner, president of Front Street Shipyard. “It keeps all trades involved in the project. We have carpenters, plumbing, electrical, mechanical, and welders.”

Throughout the whole process, the owners of Berilda are being truly hands-on. They visit the shipyard and collaborate one-on-one with the Front Street Shipyard team on every aspect of the refit. No project manager, outside designer, or other representatives are acting as conduits. “To work with J.B. and Front Street has been a delight,” one of the owners says. “They’ve been really patient, seeing that this is a new venture. Sometime we’re really a little out there with some of the things we think we can do, and they very kindly steer us in the right direction.”

Even when Berilda is handed back to them this spring, the checklist of changes won’t be complete. The owners first plan to cruise extensively aboard, to get a better sense of how everything is operating. Then they’ll return after the season is over to commence the new modifications.

The video here, shot in January, reveals the latest work done and what else is coming soon.