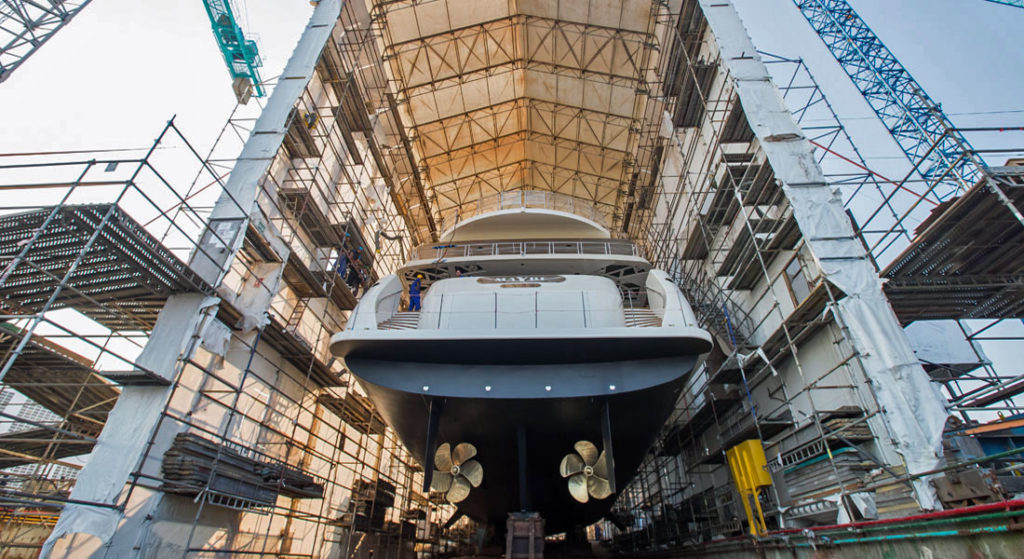 In spite of her name, there’s nothing uncertain about Maybe. She is not only the largest yacht to spring from Spanish soil, she’s the largest designed there, too.

As for her builder, Maybe launched from Metalships Rodman this week. But, the megayacht actually started construction elsewhere in the country, in 2008. The owner who contracted her reportedly backed out of the deal, however. The original builder sent her to Metalships Rodman in May 2015, then closed its doors shortly thereafter.

Maybe is focused on long-range cruising, and the adventures that come with it. Her reported cruising range is 5,000 nautical miles, at 14 knots. Power comes from twin 2,682-hp Caterpillars. If she’s far offshore when owners or guests plan to arrive, a helicopter can take them out to her anchorage. 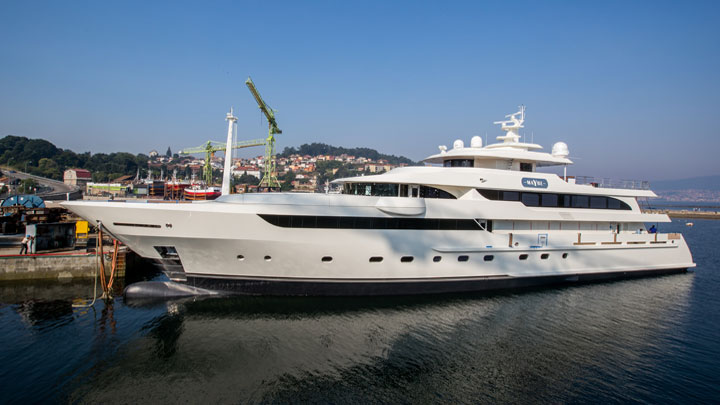 Thirty-five feet (10.7 meters) of beam and a contemporary decor highlight the yacht’s interior. Formal dining takes place, as you’d expect, on the main deck. (Maybe also has alfresco dining, of course, on the upper deck. The sundeck also has an alfresco bar.) The yacht offers particularly special guests quite the aerie for a stateroom. The VIP is on the upper deck, in proximity to the skylounge and cinema. Four additional guest staterooms are below decks, while the owners get a full-beam main-deck master.

While a crew of 16 take care of operations, additional staff can come aboard as needed. Maybe has a sauna-outfitted gym that can double as a massage room.

If you follow big launches, you might question Maybe’s status as the largest yacht built in Spain. After all, Freire Shipyard launched Pegaso, now known as Naia, in 2011. While she is indeed larger, at 242 feet (73.6 meters),“RV” accompanies her name. It signifies “Research Vessel,” versus “Yacht.”

Maybe is listed for sale with Camper & Nicholsons.