You are here: Home / Yachts / Motoryachts / Megayacht News Onboard: Maybe, by Metalships 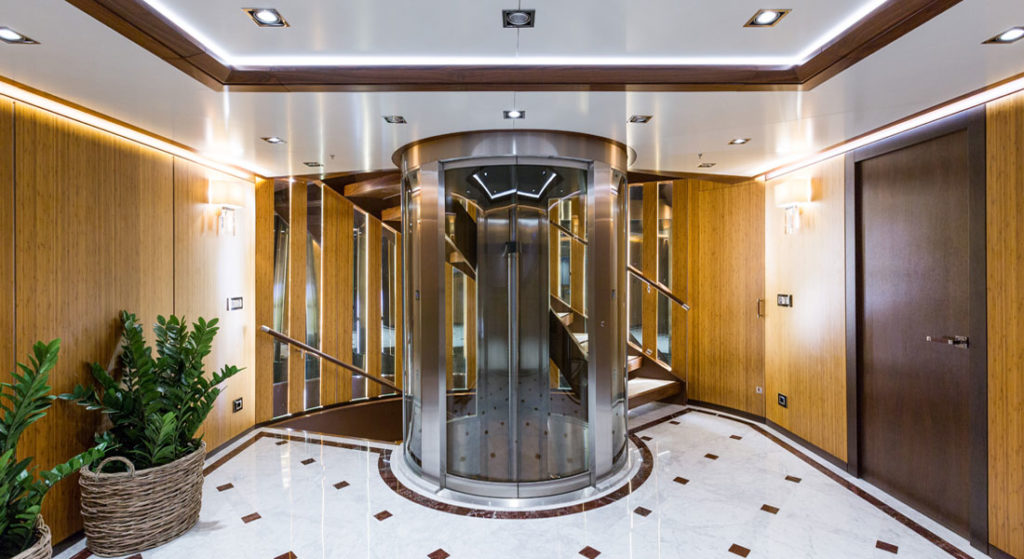 Dedicated yacht yards aren’t the only ones launching pleasure craft these days. Nor are they the only ones seeking business from yacht owners. Metalships & Docks, known for building and repairing offshore support craft, is the yard behind Maybe. The 194-footer is the largest yacht designed and built in Spain. Especially noteworthy, Metalships didn’t start out building her. Instead, she arrived in May 2015 as a partially completed project. Some might view that situation as inheriting a potential headache. Metalships, though, saw it as an opportunity. What’s more, it’s an opportunity that it would like to tackle again.

Yachts aren’t entirely foreign to Metalships. The Vigo-based builder refitted the 164-foot classic schooler Xarifa 1927, originally built in 1927, two years ago. Metalships is also owned by the Rodman Group, which has another shipyard specializing in fiberglass recreational boats. It became involved with Maybe when the initial builder, Factoria Naval Marin, was in financial straits. This came after the original owner backed out of the contract, which had been signed in 2008. Metalships agreed to take Maybe from Marin and see her through to completion. 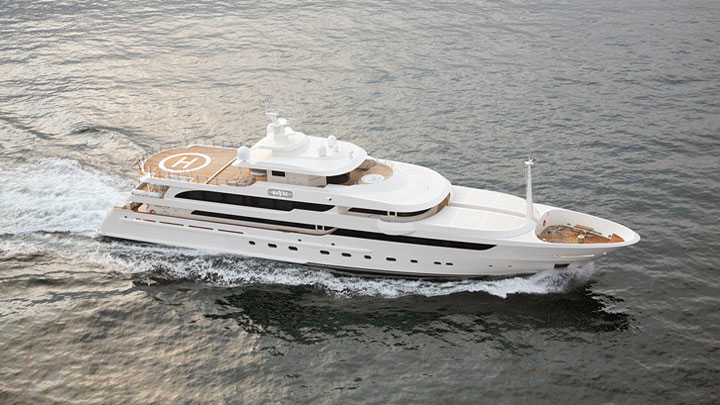 A fault people often find with commercial yards is that they don’t execute interior aesthetics particularly well. Maybe does not suffer similar fate. From suede accents in the vast main-deck master suite to the wood-lined upper-deck saloon (below), panels line up neatly. Surely, with the assistance of Barcelona-based Marcelo Penna Yacht Design, Metalships’ craftspeople learned what superyacht standards are all about. The difference is, they listened.

Speaking of listening, something you won’t hear aboard Maybe is excessive sound. You can pass by the door leading to the cinema while a blockbuster battle is playing inside without hearing a single blast. Nor, interesting enough, do you hear even the slightest hum from the gensets while in guest areas or even in the engine room. During my tour aboard at the Monaco Yacht Show, Maybe needed to press a genset into service due to a shore-power failure. I stood in the engine room, just outside the dedicated genset room (yes, it’s a room), and was none the wiser. 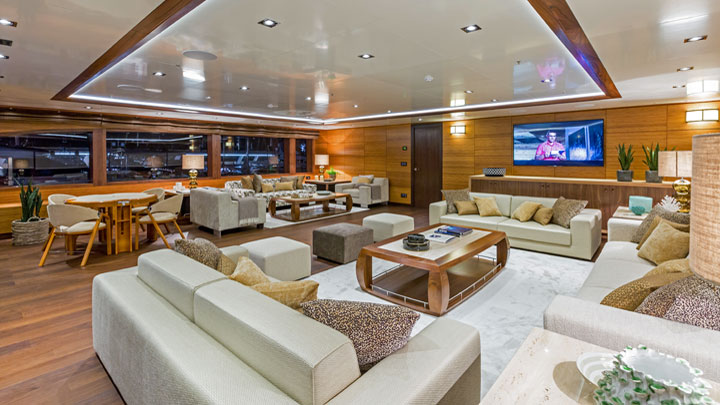 With offshore vessels being its bread and butter, Metalships should well understand proper engineering and performance. Acubens Naval Architects, a Madrid-based studio, designed Maybe with a bulbous bow for seakeeping and the yacht overall for transpacific travel. Maybe reportedly achieves a 5,000-nautical-mile range at a 14-knot cruise, with Caterpillar power. Better yet, she reportedly sees 10,000 nautical miles at 9 knots, burning about 24 gph.

That’s plenty to take an owner’s party of 12 (and crew of 16) anywhere they wish to go. And Maybe has plenty of creature comforts to keep them occupied. A gym/massage area, a sauna, a bar welcoming them in from the aft deck. All this, and abundant stowage, earn Metalships high marks for a first significant superyacht construction effort. Whoever buys Maybe (she’s the central listing of Camper & Nicholsons) may take issue with her overabundance of doors. Few rooms, in fact, are open to foyers. But, it’s important to remember that things like this are an owner’s choice, not a builder’s decision.

The experience with Maybe, and the feedback from her debut at the Monaco Yacht Show convinced Metalships to remain in the superyacht realm. It plans to start a hull on spec, in fact, following the sale of Maybe. Check her out: 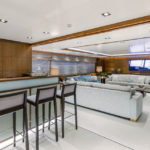 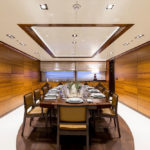 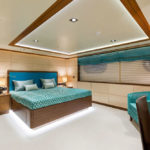 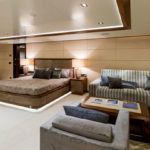 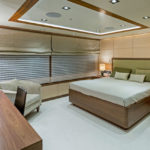 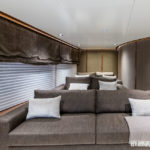 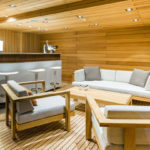 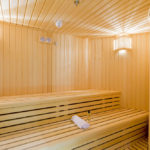