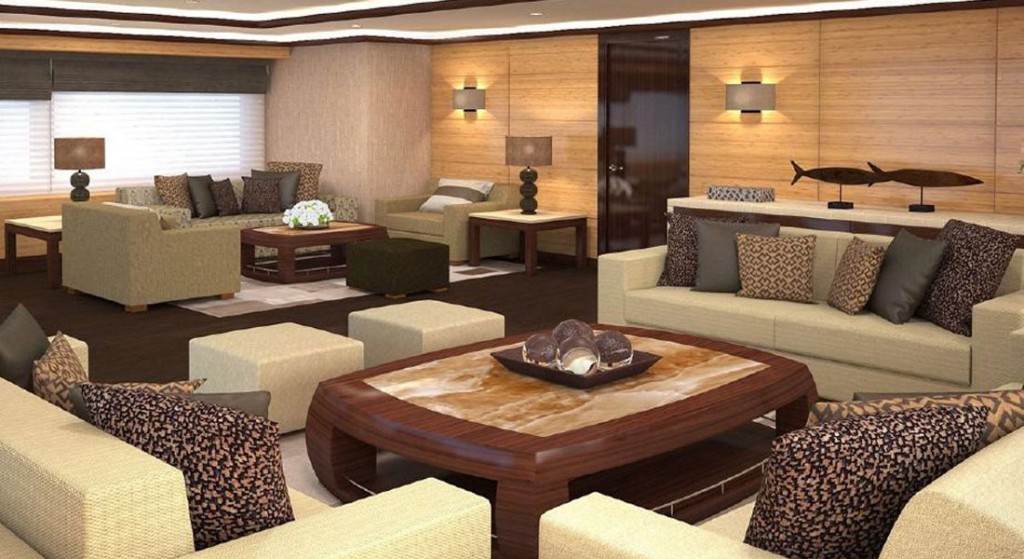 A most unusual megayacht nearing completion is available for sale. She’s the Metalships Rodman 59M, a 194-footer that upon delivery will be the biggest megayacht constructed on Spanish soil.

“Rodman” is the Rodman Group, a significant shipbuilder in Spain. It has four shipyards, including Metalships & Docks. Overall, the group’s focus is steel construction and repair; fiberglass recreational boats, patrol boats, and other specialized craft; and fiberglass components and RIBs.

The Metalships Rodman 59M began construction at another Spanish shipyard, Factoria Naval Marin, in 2008. That yard had a yacht division with a handful of contracts. This project was known as hull number Y102. According to the Rodman Group, the owner cancelled the contract after construction started. It adds that Marin launched and moved the project to its facilities in May of last year. (Marin ceased operations after that.)

Given a helipad and anticipated 5,000-nautical-mile range, the Metalships Rodman 59M is meant for long-term travel. Twin 2,682-hp Caterpillars should permit a 14-knot cruise speed, too. Acubens Naval Architects, based in Madrid, penned her with a bulbous bow for seakeeping.

Wherever the trideck megayacht ventures, the idea is to take luxury along. Guests can soak in the hot tub, encircled with sunpads, forward on the flying bridge. Cocktails are to be served aft on the same deck. Massages and workouts can take place one level up. This gym/massage room contains a sauna, too. Barcelona-based Marcelo Penna Yacht Design is responsible for these amenities as well as the upper-deck cinema, interior lounges, and staterooms. 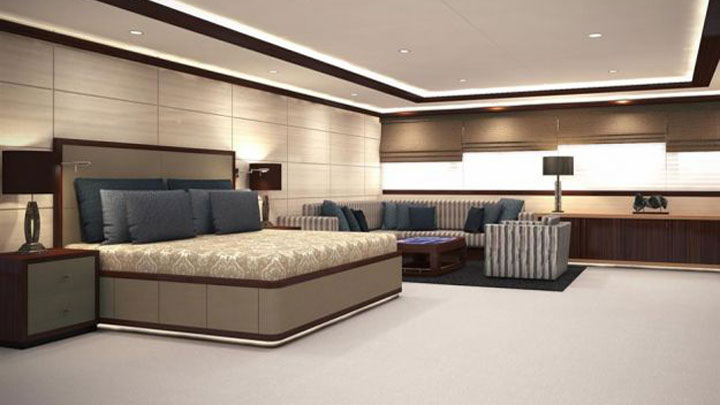 Speaking of staterooms, there are six aboard the Metalships Rodman 59M, spread over three decks. A circular staircase that winds around an elevator connect these decks, and the rest of the yacht. Two twins and two doubles are below deck. The master (above) is situated forward on the main deck, as you’d expect. A Very Important Person gets to stay on the upper deck.