You are here: Home / Yachts / Sailing Yachts / Wally 93 to Take on the Maxi Yacht World 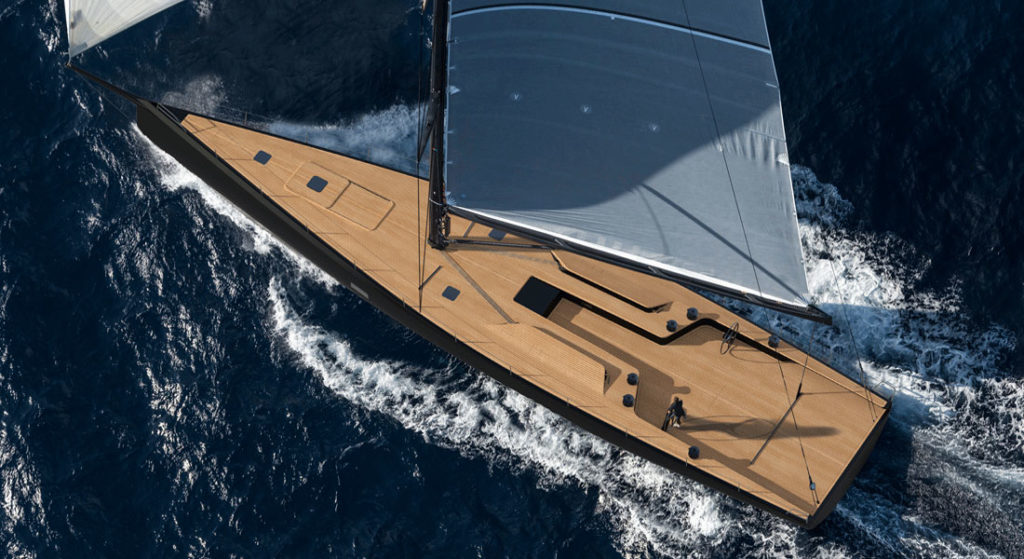 If you’re going to dream, dream big. A Wally client who enjoys racing will put his upcoming new yacht, the Wally 93, to the test in the Maxi Yacht Rolex Cup 2018. This, coming just a few weeks after delivery.

The Wally 93 was actually developed for him, too. He wanted voluminous spaces for socializing while cruising, but also superb maneuvering for the racing circuit. Wally is collaborating with the naval-architecture studio Judel/Vrolijk & Co., renowned for its performance craft. The designers drew primarily upon the achievements of Open Season, a 100-foot Wally that dominates the Wally Class racers. It also looked to the Maxi 72 winners in recent years, all of which it designed, too. The studio did this because the Wally 93 will compete in light to medium conditions and be powerful upwind. In fact, Rolf Vrolijk, co-founder of Judel/Vrolijk, says, “The yacht will have the ability to start surfing with 16 knots of wind, and be easily capable to exceed the true wind speed.” 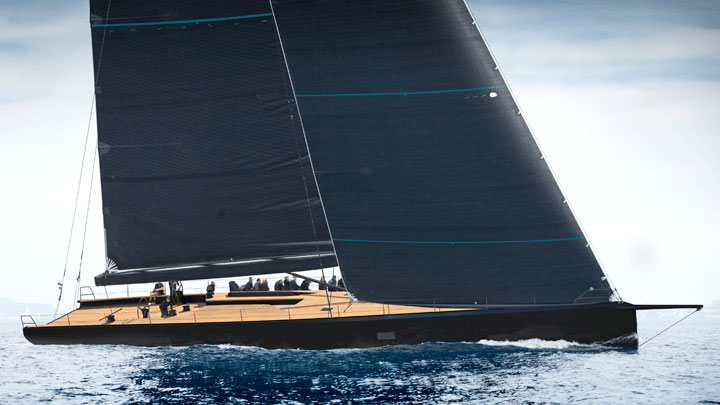 Some of the features aiding the Wally 93 are a lifting keel. Fully up, it keeps draft around 14’8”, while down, it makes draft about 20 feet. The sailing gear comes from some of the top names in the business, such as North Sails, Harken, and Southern Spars. Square area upwind should be 5,414 square feet. Sail area downwind will be nearly 11,400 square feet. Furthermore, Wally’s typical approach to lightweight construction plays a significant role. The Wally 93, already in build, employs carbon fiber and composites.

When the Wally 93 is on pleasure cruises, the owner can host four guests, accommodated in two guest cabins. They’re aft of the saloon, while the master is fully forward. A 21’8” beam should translate to comfortable spaces, designed by Wally and Sans Tabù. Also of note, the deck design, created just for this yacht, nearly camouflages the center guest cockpit. The Wally 93 is meant to look more like a flush-deck yacht, though clearly the surprise comes when getting up close.